These items are highlights from newly acquired materials selected to support the information needs of the College of Liberal Arts and Social Sciences (CLASS). 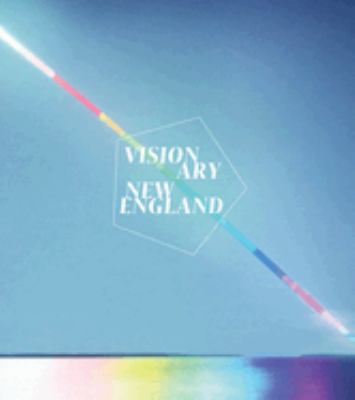 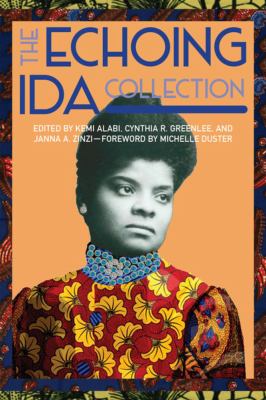 Rooted in reproductive justice, Echoing Ida harnesses the power of media for social justice--amplifying the struggles and successes of contemporary freedom movements in the US. Founded in 2012, Echoing Ida is a writing collective of Black women and nonbinary writers who--like their foremother Ida B. Wells-Barnett--believe the "way to right wrongs is to turn the light of truth upon them." Their community reporting spans a wide variety of topics: reproductive justice and abortion politics; new and necessary definitions of family; trans visibility; stigma against Black motherhood; Black mental health; and more. This anthology collects the best of Echoing Ida for the first time, and features a foreword by Michelle Duster, activist and great-granddaughter of Ida B. Wells-Barnett. Imagining a gender-expansive and liberated future, these essays affirm the powerful combination of #BlackGirlMagic and the hard, unceasing labor of Black people to reimagine the world in which we live. 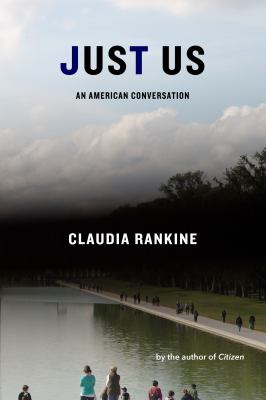 Just Us: An American conversation

FINALIST FOR THE 2021 ANDREW CARNEGIE MEDAL FOR EXCELLENCE IN NONFICTION Claudia Rankine'sCitizen changed the conversation--Just Us urges all of us into it As everyday white supremacy becomes increasingly vocalized with no clear answers at hand, how best might we approach one another? Claudia Rankine, without telling us what to do, urges us to begin the discussions that might open pathways through this divisive and stuck moment in American history. Just Us is an invitation to discover what it takes to stay in the room together, even and especially in breaching the silence, guilt, and violence that follow direct addresses of whiteness. Rankine's questions disrupt the false comfort of our culture's liminal and private spaces--the airport, the theater, the dinner party, the voting booth--where neutrality and politeness live on the surface of differing commitments, beliefs, and prejudices as our public and private lives intersect. This brilliant arrangement of essays, poems, and images includes the voices and rebuttals of others: white men in first class responding to, and with, their white male privilege; a friend's explanation of her infuriating behavior at a play; and women confronting the political currency of dying their hair blond, all running alongside fact-checked notes and commentary that complements Rankine's own text, complicating notions of authority and who gets the last word. Sometimes wry, often vulnerable, and always prescient,Just Us is Rankine's most intimate work, less interested in being right than in being true, being together. 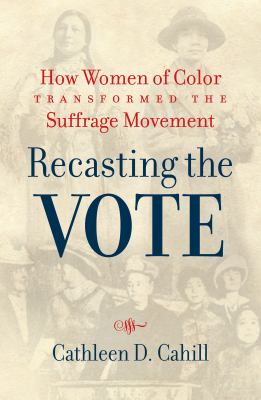 Recasting the Vote: How women of color transformed the suffrage movement

We think we know the story of women's suffrage in the United States: women met at Seneca Falls, marched in Washington, D.C., and demanded the vote until they won it with the ratification of the Nineteenth Amendment. But the fight for women's voting rights extended far beyond these familiar scenes. From social clubs in New York's Chinatown to conferences for Native American rights, and in African American newspapers and pamphlets demanding equality for Spanish-speaking New Mexicans, a diverse cadre of extraordinary women struggled to build a movement that would truly include all women, regardless of race or national origin. In Recasting the Vote, Cathleen D. Cahill tells the powerful stories of a multiracial group of activists who propelled the national suffrage movement toward a more inclusive vision of equal rights. Cahill reveals a new cast of heroines largely ignored in earlier suffrage histories: Marie Louise Bottineau Baldwin, Gertrude Simmons Bonnin (Zitkala-Sa), Laura Cornelius Kellogg, Carrie Williams Clifford, Mabel Ping-Hua Lee, and Adelina "Nina" Luna Otero-Warren. With these feminists of color in the foreground, Cahill recasts the suffrage movement as an unfinished struggle that extended beyond the ratification of the Nineteenth Amendment. As we celebrate the centennial of a great triumph for the women's movement, Cahill's powerful history reminds us of the work that remains. 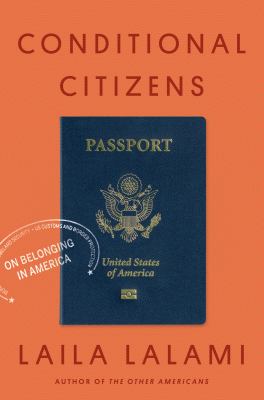 Conditional Citizens: On belonging in America

A New York Times Editors' Choice Named a Best Book of the Year by Time, NPR, Bookpage and the L.A. Times. Longlisted for the Andrew Carnegie Medal for Excellence in Nonfiction  What does it mean to be American? In this starkly illuminating and impassioned book, Pulitzer Prize­­-finalist Laila Lalami recounts her unlikely journey from Moroccan immigrant to U.S. citizen, using it as a starting point for her exploration of the rights, liberties, and protections that are traditionally associated with American citizenship. Tapping into history, politics, and literature, she elucidates how accidents of birth--such as national origin, race, and gender--that once determined the boundaries of Americanness still cast their shadows today.   Lalami poignantly illustrates how white supremacy survives through adaptation and legislation, with the result that a caste system is maintained that keeps the modern equivalent of white male landowners at the top of the social hierarchy. Conditional citizens, she argues, are all the people with whom America embraces with one arm and pushes away with the other.   Brilliantly argued and deeply personal, Conditional Citizens weaves together Lalami's own experiences with explorations of the place of nonwhites in the broader American culture.