These items are highlights from newly acquired materials selected to support the information needs of Social Sciences programs at the College of Liberal Arts and Social Sciences (CLASS). On this page, you may browse social science eBooks categorized by subject area. 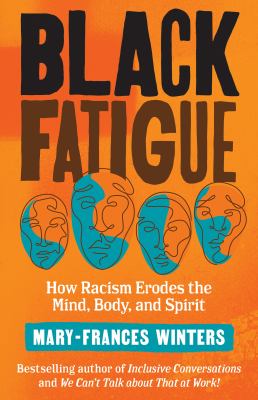 Black Fatigue: How racism erodes the mind, body, and spirit

This is the first book to define and explore Black fatigue, the intergenerational impact of systemic racism on the physical and psychological health of Black people--and explain why and how society needs to collectively do more to combat its pernicious effects. Black people, young and old, are fatigued, says award-winning diversity and inclusion leader Mary-Frances Winters. It is physically, mentally, and emotionally draining to continue to experience inequities and even atrocities, day after day, when justice is a God-given and legislated right. And it is exhausting to have to constantly explain this to white people, even--and especially--well-meaning white people, who fall prey to white fragility and too often are unwittingly complicit in upholding the very systems they say they want dismantled. This book, designed to illuminate the myriad dire consequences of "living while Black," came at the urging of Winters's Black friends and colleagues. Winters describes how in every aspect of life--from economics to education, work, criminal justice, and, very importantly, health outcomes--for the most part, the trajectory for Black people is not improving. It is paradoxical that, with all the attention focused over the last fifty years on social justice and diversity and inclusion, little progress has been made in actualizing the vision of an equitable society. Black people are quite literally sick and tired of being sick and tired. Winters writes that "my hope for this book is that it will provide a comprehensive summary of the consequences of Black fatigue, and awaken activism in those who care about equity and justice--those who care that intergenerational fatigue is tearing at the very core of a whole race of people who are simply asking for what they deserve."   Reading group discussion guide available. 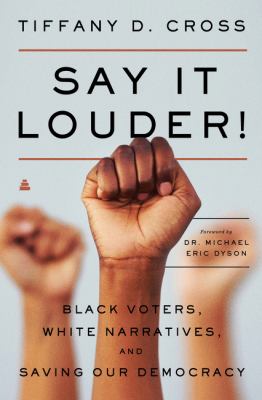 A breakout media and political analyst delivers a sweeping snapshot of American Democracy and the role that African Americans have played in its shaping while offering concrete information to help harness the electoral power of the country's rising majority and exposing political forces aligned to subvert and suppress Black voters. Black voters were critical to the Democrats' 2018 blue wave. In fact, 90 percent of Black voters supported Democratic House candidates, compared to just 53 percent of all voters. Despite media narratives, this was not a fluke. Throughout U.S. history, Black people have played a crucial role in the shaping of the American experiment. Yet still, this powerful voting bloc is often dismissed as some "amorphous" deviation, argues Tiffany Cross. Say It Louder! is her explosive examination of how America's composition was designed to exclude Black voters, but paradoxically would likely cease to exist without them. With multiple tentacles stretching into the cable news echo chamber, campaign leadership, and Black voter data, Cross creates a wrinkle in time with a reflective look at the timeless efforts endlessly attempting to deny people of color the right to vote--a basic tenet of American democracy.   And yet as the demographics of the country are changing, so too is the electoral power construct--by evolution and by force, Cross declares. Grounded in the most-up-to-date research, Say It Louder! is a vital tool for a wide swath of constituencies. 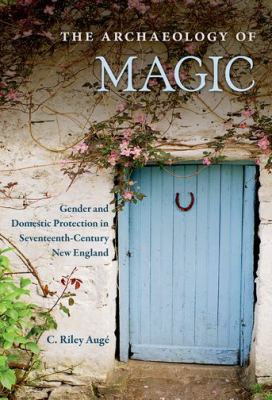 The Archaeology of Magic: Gender and domestic protection in seventeenth-century New England

In The Archaeology of Magic, C. Riley Augé explores how early American colonists used magic to protect themselves from harm in their unfamiliar and challenging new world. Analyzing evidence from the different domestic spheres of women and men within Puritan society, Augé provides a trailblazing archaeological study of magical practice and its relationship to gender in the Anglo-American culture of colonial New England.Investigating homestead sites dating from 1620 to 1725 in Massachusetts, Rhode Island, and Maine, Augé explains how to recognize objects and architectural details that colonists intended as defenses and boundaries against evil supernatural forces. She supports this archaeological work by examining references to magic in letters, diaries, sermons, medical texts, and documentation of court proceedings including the Salem witch trials. She also draws on folklore from the era to reveal that colonists simultaneously practiced magic and maintained their Puritan convictions. Augé exposes the fears and anxieties that motivated individuals to try to manipulate the supernatural realm, and she identifies gendered patterns in the ways they employed magic. She argues that it is essential for archaeologists to incorporate historical records and oral traditions in order to accurately interpret the worldviews and material culture of people who lived in the past.Published in cooperation with the Society for Historical Archaeology 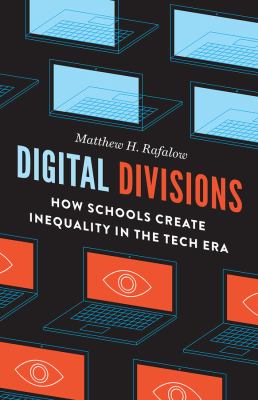 Digital Divisions: How schools create inequality in the tech era

In the digital age, schools are a central part of a nationwide effort to make access to technology more equitable, so that all young people, regardless of identity or background, have the opportunity to engage with the technologies that are essential to modern life. Most students, however, come to school with digital knowledge they've already acquired from the range of activities they participate in with peers online. Yet, teachers, as Matthew H. Rafalow reveals in Digital Divisions, interpret these technological skills very differently based on the race and class of their student body.   While teachers praise affluent White students for being "innovative" when they bring preexisting and sometimes disruptive tech skills into their classrooms, less affluent students of color do not receive such recognition for the same behavior. Digital skills exhibited by middle class, Asian American students render them "hackers," while the creative digital skills of working-class, Latinx students are either ignored or earn them labels troublemakers. Rafalow finds in his study of three California middle schools that students of all backgrounds use digital technology with sophistication and creativity, but only the teachers in the school serving predominantly White, affluent students help translate the digital skills students develop through their digital play into educational capital. Digital Divisions provides an in-depth look at how teachers operate as gatekeepers for students' potential, reacting differently according to the race and class of their student body. As a result, Rafalow shows us that the digital divide is much more than a matter of access: it's about how schools perceive the value of digital technology and then use them day-to-day. 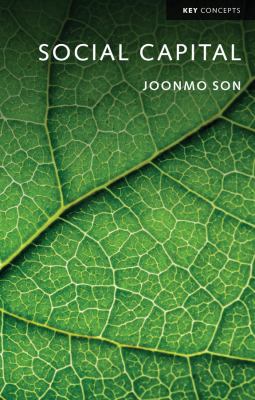 Social capital is a principal concept across the social sciences and has readily entered into mainstream discourse. In short, it is popular. However, this popularity has taken its toll. Social capital suffers from a lack of consensus because of the varied ways it is measured, defined, and deployed by different researchers. It has been put to work in ways that stretch and confuse its conceptual value, blurring the lines between networks, trust, civic engagement, and any type of collaborative action.  This clear and concise volume presents the diverse theoretical approaches of scholars from Marx, Coleman, and Bourdieu to Putnam, Fukuyama, and Lin, carefully analyzing their commonalities and differences. Joonmo Son categorizes this wealth of work according to whether its focus is on the necessary preconditions for social capital, its structural basis, or its production. He distinguishes between individual and collective social capital (from shared resources of a personal network to pooled assets of a whole society), and interrogates the practical impact social capital has had in various policy areas (from health to economic development).  Social Capital will be of immense value to readers across the social sciences and practitioners in relevant fields seeking to understand this mercurial concept.