A selection of new titles in Health and Natural Sciences.

These items are highlights from newly acquired materials selected to support the information needs of the College of Health and Natural Sciences (COHNS). 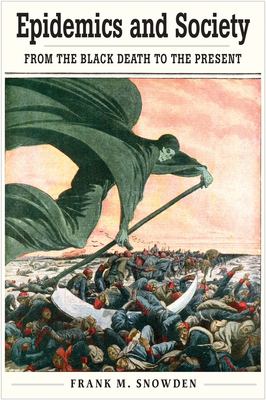 Epidemics and Society: From the Black Death to the Present

A "brilliant and sobering" (Paul Kennedy, Wall Street Journal) look at the history and human costs of pandemic outbreaks As seen on "60 Minutes"   The World Economic Forum #1 book to read for context on the coronavirus outbreak   This sweeping exploration of the impact of epidemic diseases looks at how mass infectious outbreaks have shaped society, from the Black Death to today. In a clear and accessible style, Frank M. Snowden reveals the ways that diseases have not only influenced medical science and public health, but also transformed the arts, religion, intellectual history, and warfare.   A multidisciplinary and comparative investigation of the medical and social history of the major epidemics, this volume touches on themes such as the evolution of medical therapy, plague literature, poverty, the environment, and mass hysteria. In addition to providing historical perspective on diseases such as smallpox, cholera, and tuberculosis, Snowden examines the fallout from recent epidemics such as HIV/AIDS, SARS, and Ebola and the question of the world's preparedness for the next generation of diseases. 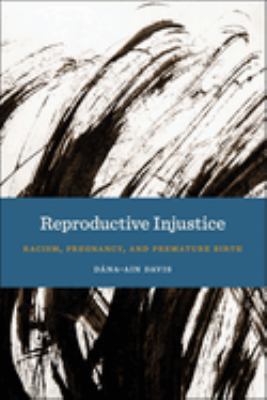 Honorable Mention, 2020 Victor Turner Prize in Ethnographic Writing, given by the Society for Humanistic Anthropology Finalist, 2020 PROSE Award in the Sociology, Anthropology and Criminology category, given by the Association of American Publishers A troubling study of the role that medical racism plays in the lives of black women who have given birth to premature and low birth weight infants Black women have higher rates of premature birth than other women in America. This cannot be simply explained by economic factors, with poorer women lacking resources or access to care. Even professional, middle-class black women are at a much higher risk of premature birth than low-income white women in the United States. Dána-Ain Davis looks into this phenomenon, placing racial differences in birth outcomes into a historical context, revealing that ideas about reproduction and race today have been influenced by the legacy of ideas which developed during the era of slavery. While poor and low-income black women are often the "mascots" of premature birth outcomes, this book focuses on professional black women, who are just as likely to give birth prematurely. Drawing on an impressive array of interviews with nearly fifty mothers, fathers, neonatologists, nurses, midwives, and reproductive justice advocates, Dána-Ain Davis argues that events leading up to an infant's arrival in a neonatal intensive care unit (NICU), and the parents' experiences while they are in the NICU, reveal subtle but pernicious forms of racism that confound the perceived class dynamics that are frequently understood to be a central factor of premature birth. The book argues not only that medical racism persists and must be considered when examining adverse outcomes--as well as upsetting experiences for parents--but also that NICUs and life-saving technologies should not be the only strategies for improving the outcomes for black pregnant women and their babies. Davis makes the case for other avenues, such as community-based birthing projects, doulas, and midwives, that support women during pregnancy and labor are just as important and effective in avoiding premature births and mortality. 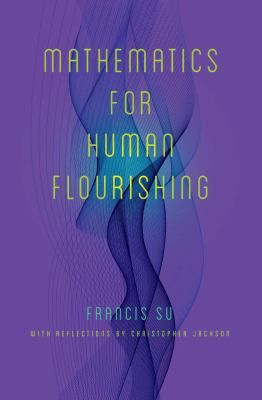 An inclusive vision of mathematics--its beauty, its humanity, and its power to build virtues that help us all flourish   For mathematician Francis Su, a society without mathematical affection is like a city without concerts, parks, or museums. To miss out on mathematics is to live without experiencing some of humanity's most beautiful ideas.     In this profound book, written for a wide audience but especially for those disenchanted by their past experiences, an award???winning mathematician and educator weaves parables, puzzles, and personal reflections to show how mathematics meets basic human desires--such as for play, beauty, freedom, justice, and love--and cultivates virtues essential for human flourishing. These desires and virtues, and the stories told here, reveal how mathematics is intimately tied to being human. Some lessons emerge from those who have struggled, including philosopher Simone Weil, whose own mathematical contributions were overshadowed by her brother's, and Christopher Jackson, who discovered mathematics as an inmate in a federal prison. Christopher's letters to the author appear throughout the book and show how this intellectual pursuit can--and must--be open to all.]]> 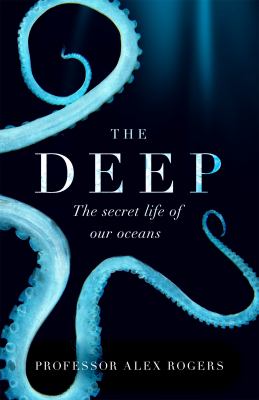 The Deep: The hidden wonders of our oceans and how we can protect them

There's so much we don't know about what lies deep beneath the ocean's surface - and the time to find out is growing increasingly precious . . . Professor Alex Rogers is one of the world's leading experts in marine biology and oceanology, and has spent his life studying the deep ocean - and in particular the impact of human activity on the ecosystems of the oceans. In this timely, galvanising and fascinating book - replete with stunning photography of strange and beautiful creatures - Professor Rogers offers a fundamentally optimistic view of humanity's relationship with the oceans - and also a very personal account of his own interaction with the seas. 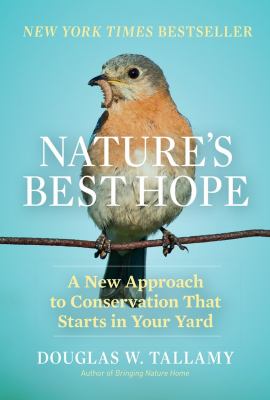 Nature's Best Hope: A new approach to conservation that starts in your yard

A NEW YORK TIMES BESTSELLER Douglas W. Tallamy's first book, Bringing Nature Home, awakened thousands of readers to an urgent situation: wildlife populations are in decline because the native plants they depend on are fast disappearing. His solution? Plant more natives. In this new book, Tallamy takes the next step and outlines his vision for a grassroots approach to conservation. Nature's Best Hope shows how homeowners everywhere can turn their yards into conservation corridors that provide wildlife habitats. Because this approach relies on the initiatives of private individuals, it is immune from the whims of government policy. Even more important, it's practical, effective, and easy--you will walk away with specific suggestions you can incorporate into your own yard.   If you're concerned about doing something good for the environment, Nature's Best Hope is the blueprint you need. By acting now, you can help preserve our precious wildlife--and the planet--for future generations.