Your guide to local legends, folklore, oral history, and how they all pertain to ghost stories!

Access archived issues of the Pierce Arrow from the FPU Digital Archives to read about ghosts that purportedly haunt Franklin Pierce University's main campus in Rindge. 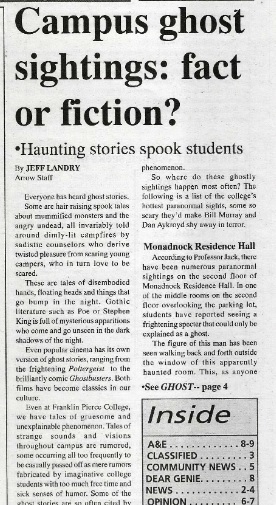 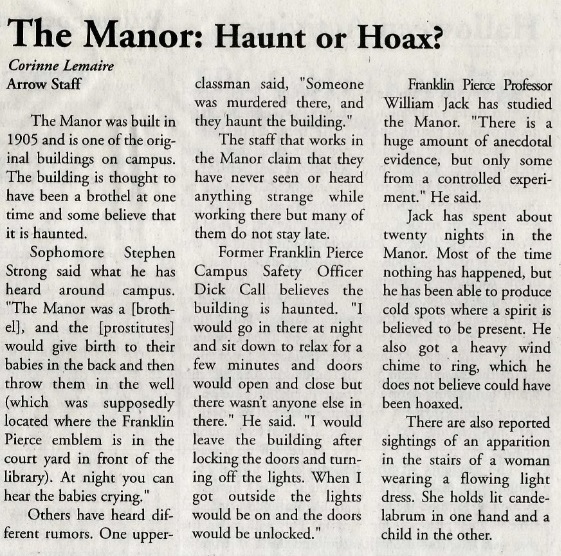 Welcome! This guide is designed to supplement DiPietro Library's Spooky Stories Halloween Event and Book Display. Use this guide to learn more about how legends, lore, and oral history contribute to the creation and preservation of spooky stories. Here, you will find