A collection of websites, articles and other resources related to Wicked and Gregory Maguire 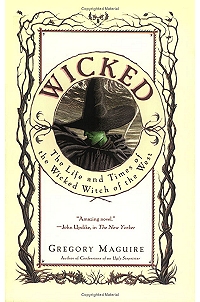 Gregory Maguire's novel, Wicked: The Life and Times of the Wicked Witch of the West, was published in 1995. The novel is a reconsideration of the life of Elphaba, the Wicked Witch in The Wizard of Oz, and a re-imagining of the Land of Oz. The novel became an international bestseller and was later adapted into a successful Broadway musical in 2003. Maguire later wrote three more books in the Wicked series: Son of a Witch, A Lion Among Men, and Out of Oz.