The Alumni Association was created in 1969 by two recent graduates, Michael J. Toomey and Richard Falconi. The Archives at the DiPietro Library holds the founding charitable trust document, donated by Richard Falconi, as well as publications and minutes. 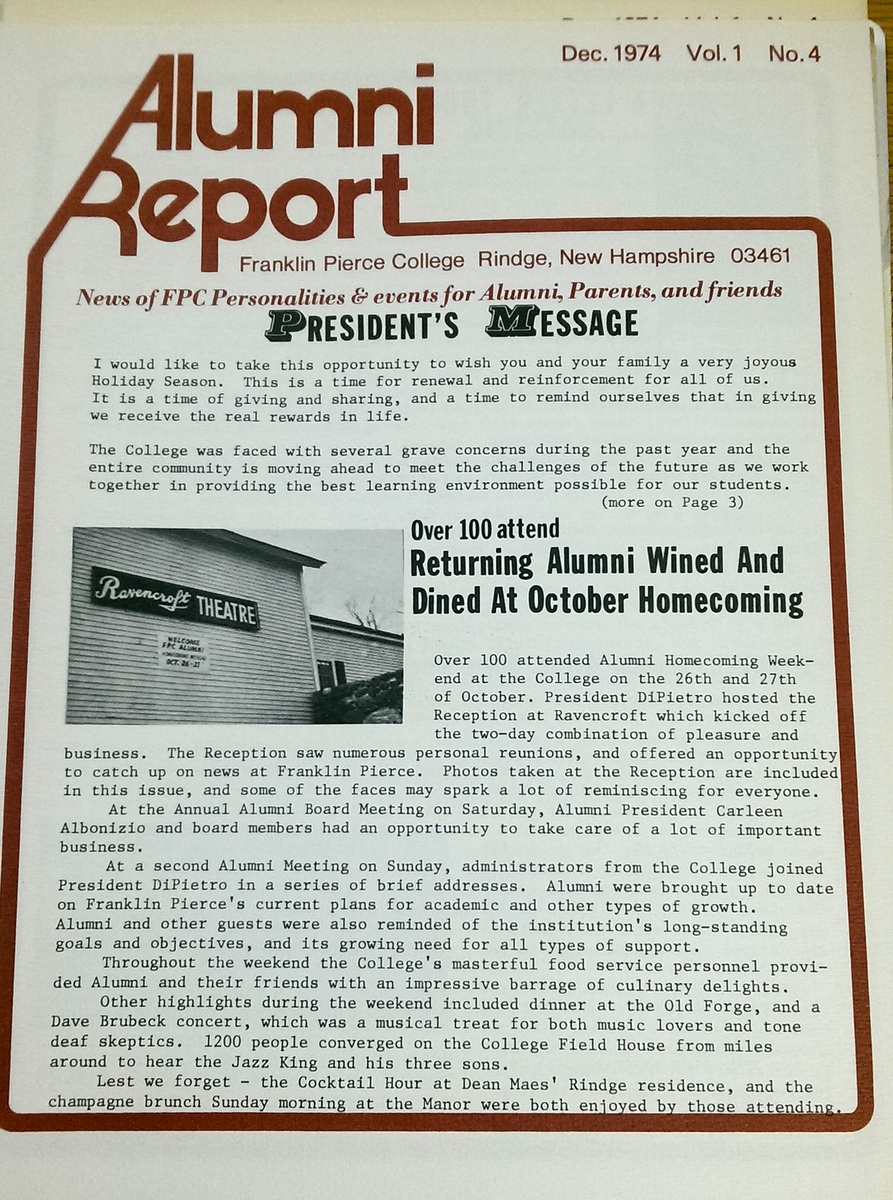 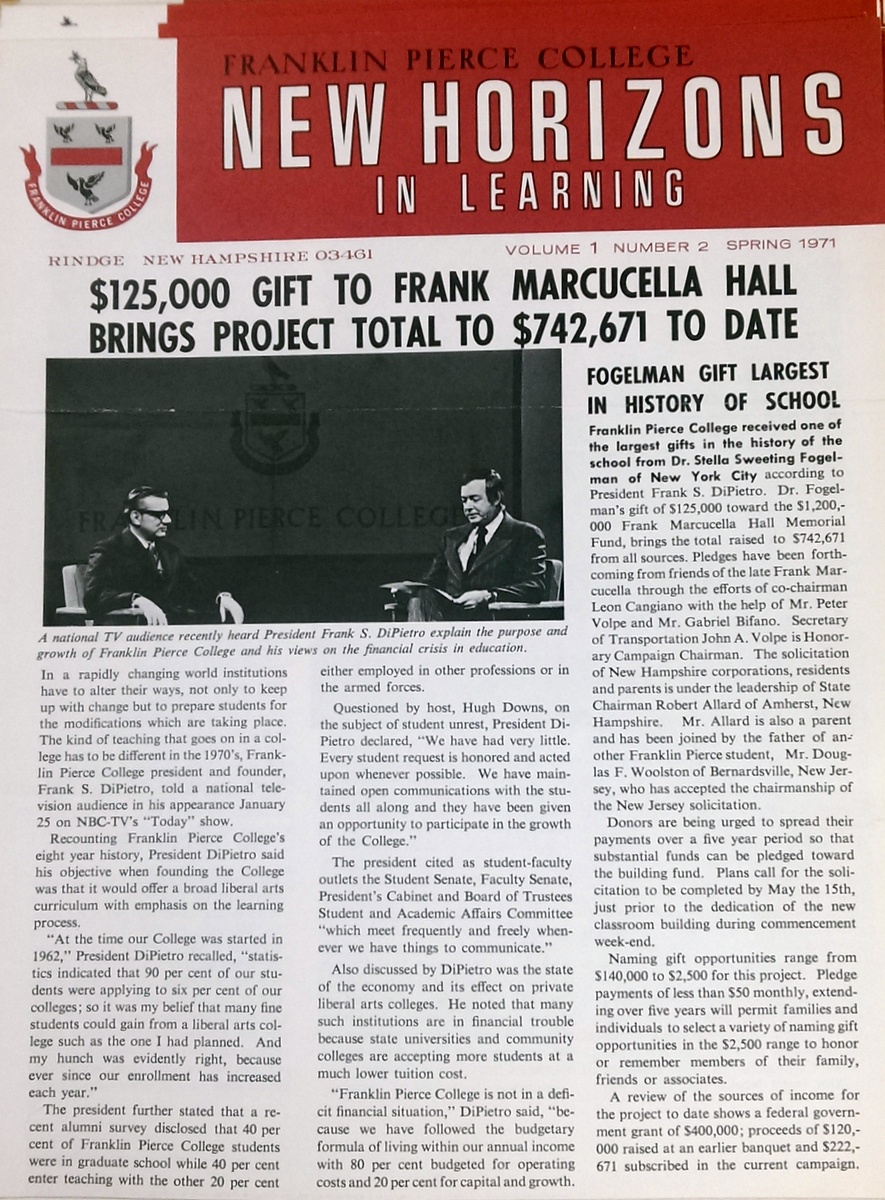 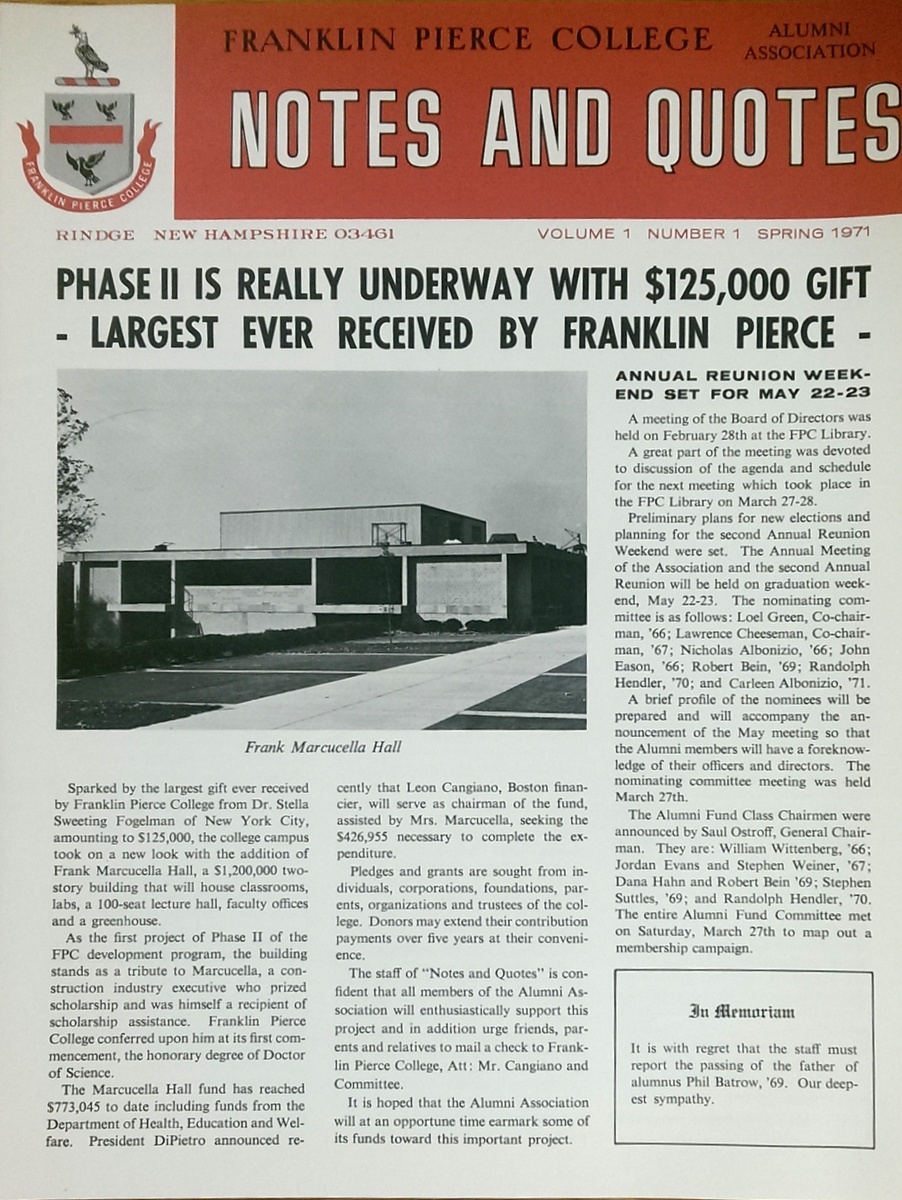 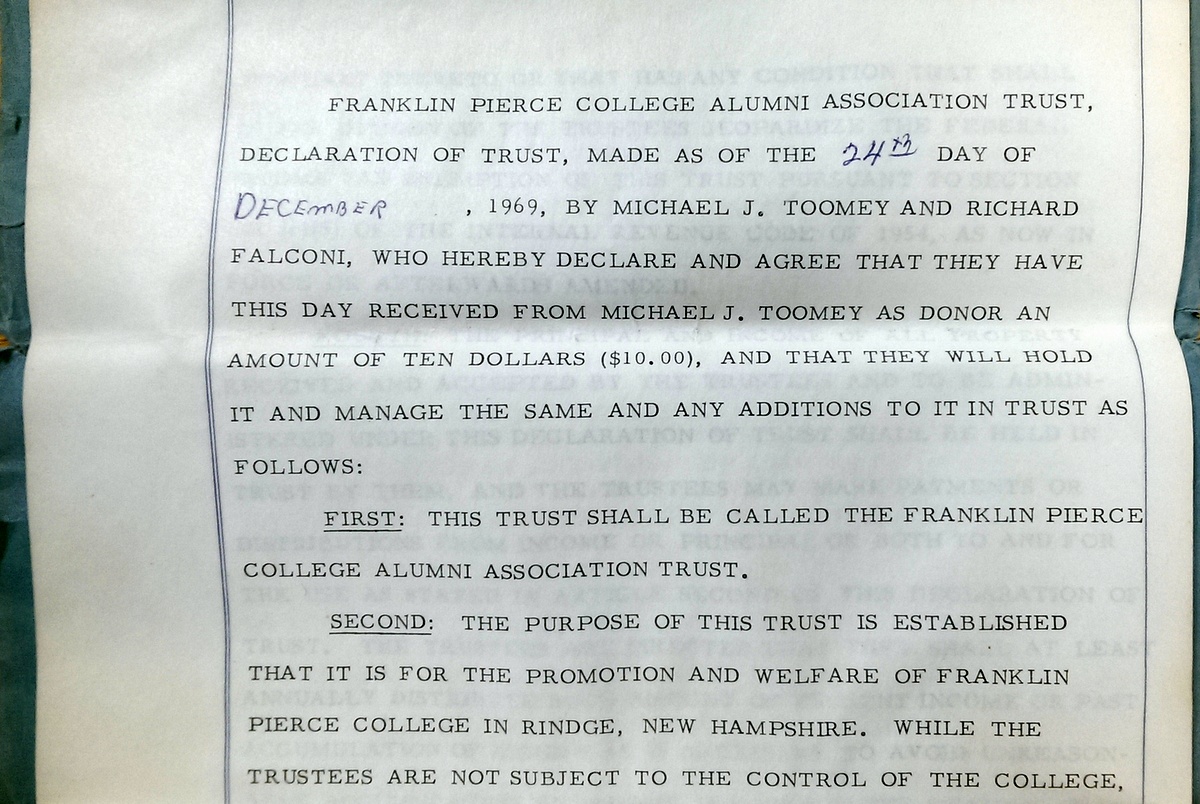 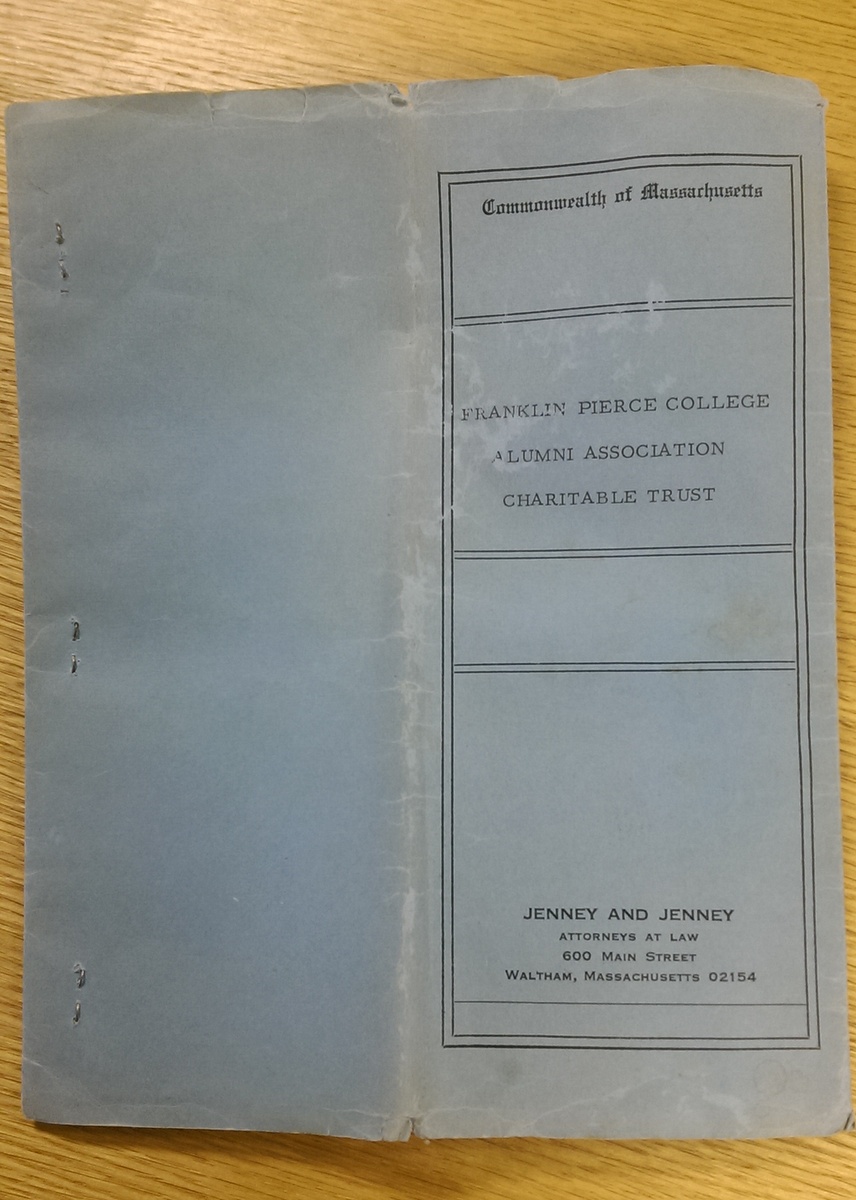 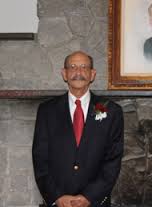 On December 24, 1969, Richard Falconi and Michael Toomey established the Franklin Pierce Alumni Association through a charitable trust in Waltham, Massachusetts.  The Association was separate from the College, but later merged with the Alumni Association created by President Frank DiPietro.

Rick Falconi is considered one of the pioneers of Franklin Pierce, and so much of what is good and enduring about this school is due in part to his efforts. As a student and alumnus, Rick’s goal has always been to do whatever he can to make the Franklin Pierce experience better for students and graduates. When he was a student in the late 60s, he served as president of the Student Council and later as vice president of the Student Senate. Rick was instrumental in planning the first Homecoming Weekend, and played a key role in bringing popular, high-profile entertainment to our small and off-the-beaten-track campus. After graduation he continued his work by helping to establish and serve on the first board of directors of the Alumni Association.

After taking a few years away from Franklin Pierce to raise a family and run the family business, Rick returned to the Alumni Association and brought with him his invaluable knowledge of the history of Franklin Pierce, along with his considerable experience with the Alumni Association. He has since served as chairman of the Membership and By-Laws committee, and two years ago, having just retired, he immediately stepped up to take on the job of chairman of the Franklin Pierce 50th Anniversary Planning Committee. In this role, Rick has spent endless hours mobilizing people and planning events, digging through the archives at Franklin Pierce and the Rindge Historical Society, and sorting artifacts for display. Rick has an ability to build positive relationships across constituencies, which resulted in the Rindge Historical Society providing a room in their facility exclusively for the Franklin Pierce collection. 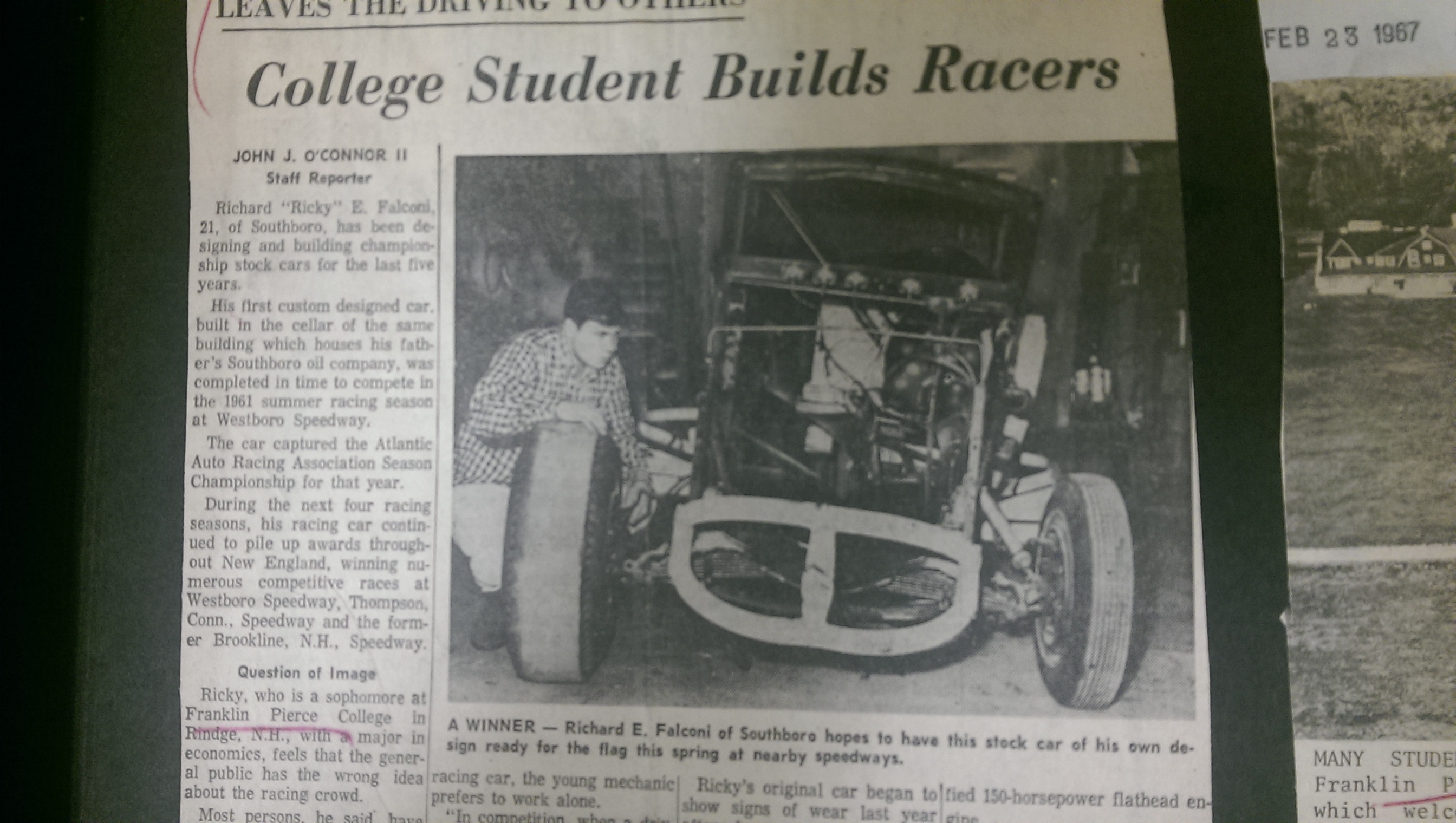 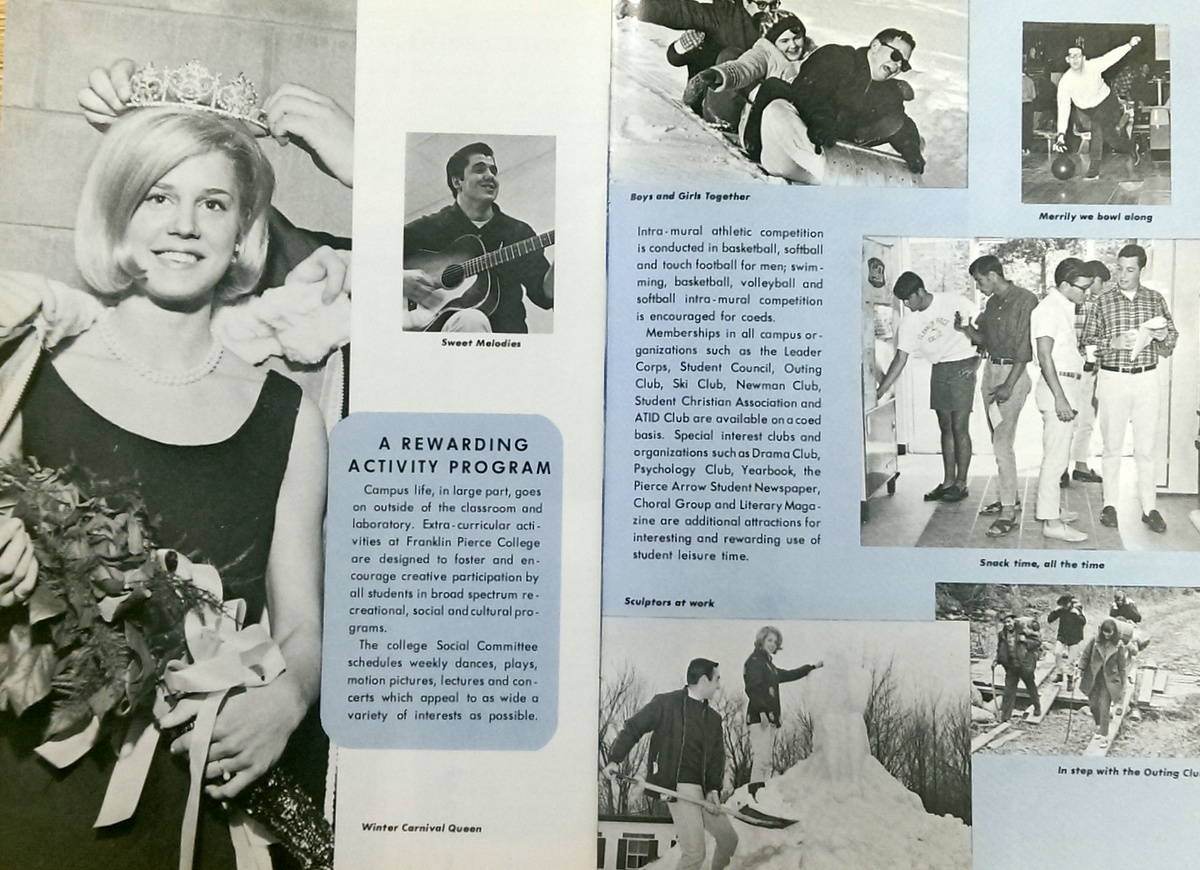 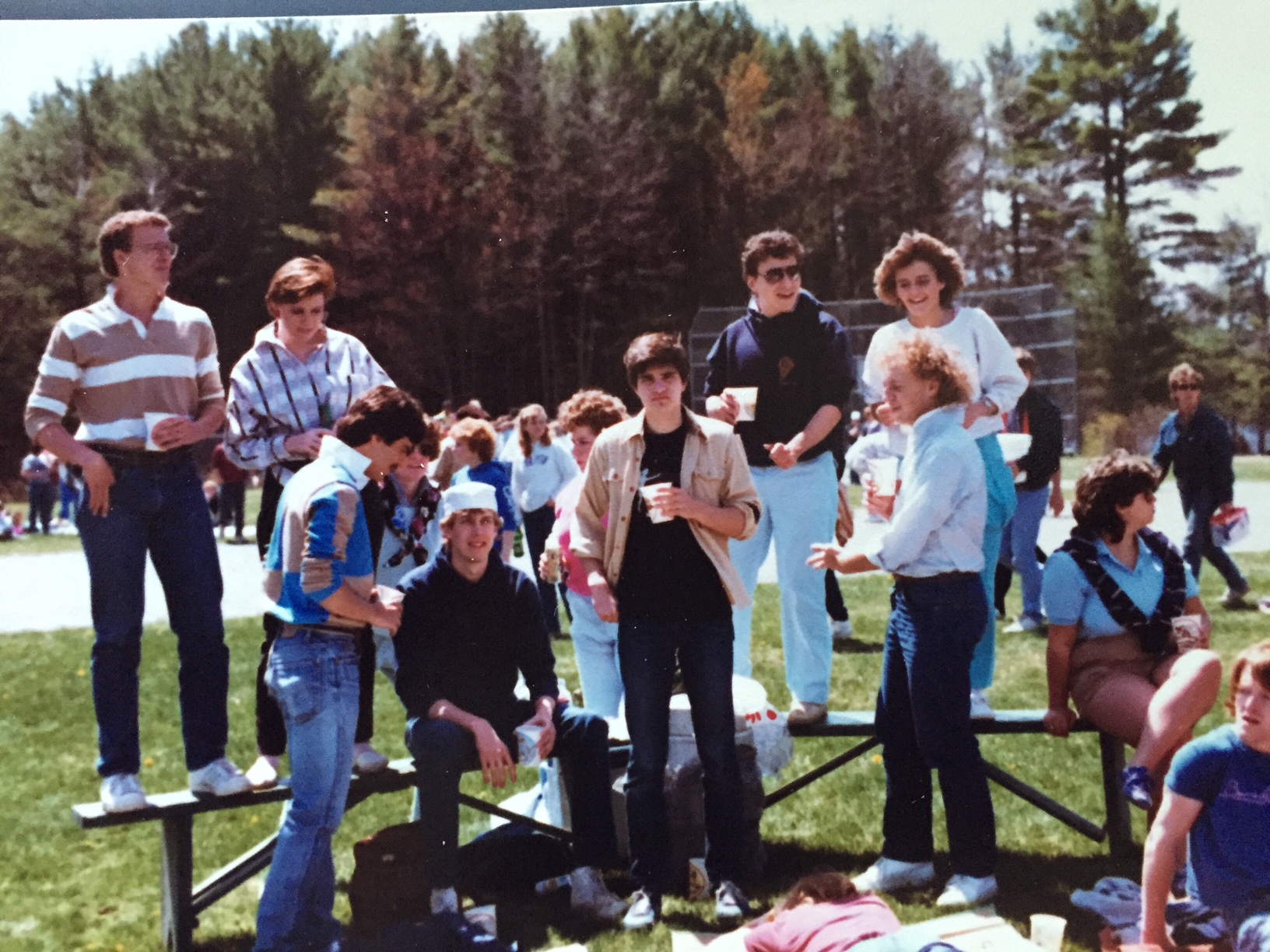