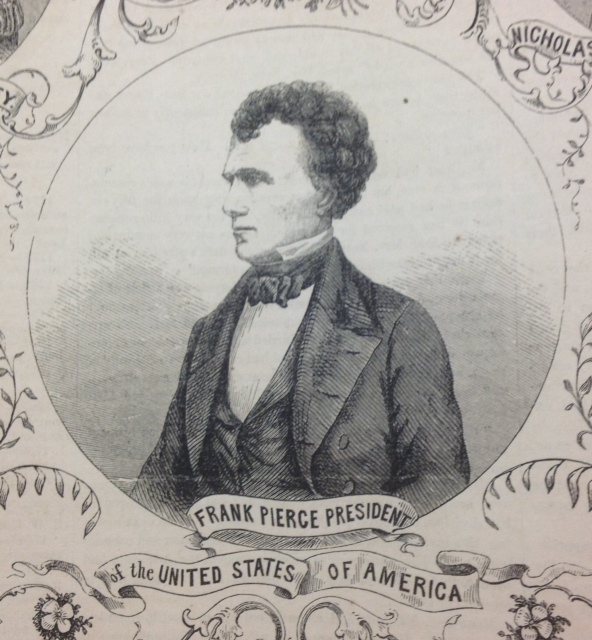 Route 9 in New Hampshire was renamed "Franklin Pierce Highway" nearly a century ago. 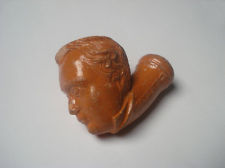 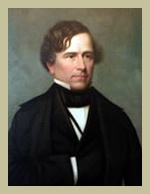 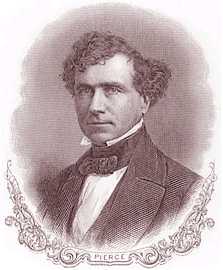 Franklin Pierce was born in 1804, the year Thomas Jefferson sent Lewis and Clark off to explore America. Pierce was born in Hillsborough, New Hampshire and grew up in a busy house on the second N.H. turnpike. His father was a two-term Governor, and the Pierce house and tavern was a gathering spot for politicians, travellers, and notables. His parents loved to entertain and the ballroom on the second floor could host guests, a dance, or militia training.  Pierce graduated from Bowdoin College with a law degree and then entered politics.  He was married to Jane Appleton Means in 1834, a solemn minister's daughter, who hated politics and spent her life suffering from poor health and the anguish of losing all three of her sons. Pierce was elected president in 1852 as a dark-horse candidate. His found himself caught up in the battles of North v. South, and made the controversial decisions that plague his memory to this day.  After leaving office, Jane and Franklin toured Europe and settled in Concord. Jane died in 1863, and Franklin in 1869. 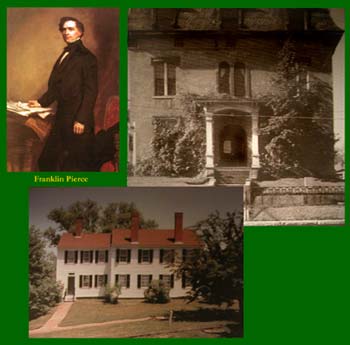 "Young Hickory of the Granite Hills" 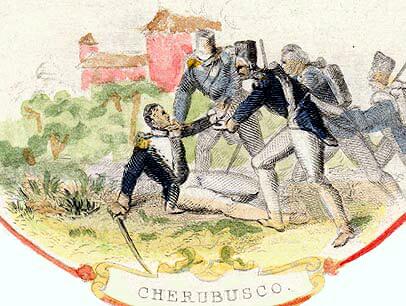 During the Mexican-American War, Pierce was blown off his horse from an artillery shell, crushed his leg, and shortly after passed out from the pain.

"Pierce is a perfect gentleman in his deportment, and most prepossessing and engaging in his manners and conversation. ...In stature he meets very accurately the 'six feet high and well proportioned' standard, has a fine, expressive, intellectual looking eye, regular and handsome features..." Daily Morning Post 9/6/1852

The Presidential Election of 1852 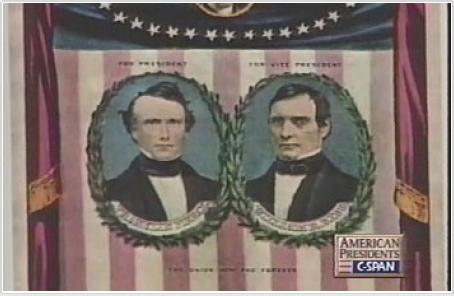 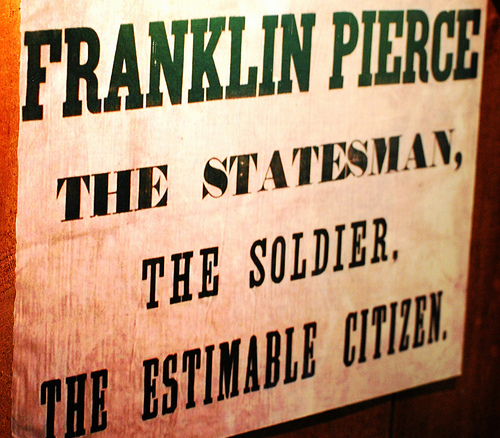 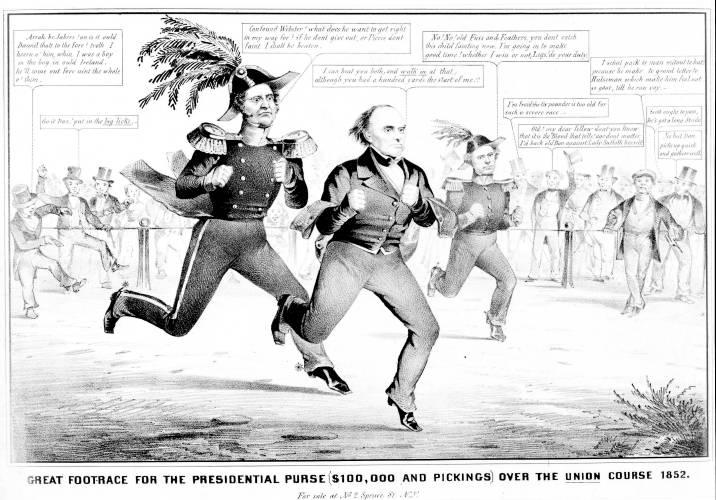 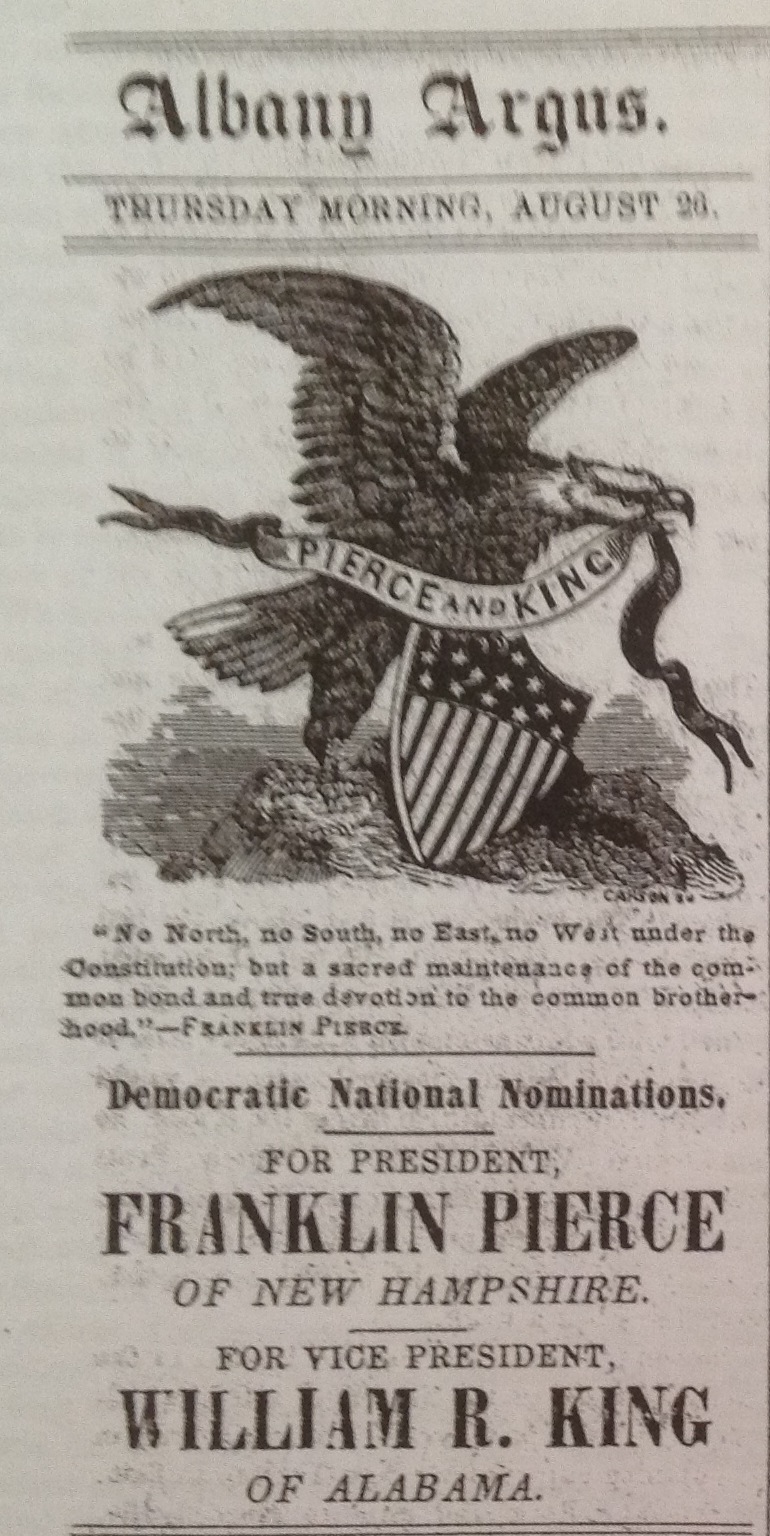