1964 - The first new dormitory, Crestview, is built; The first Pierce Arrow is published in January.

2001 - Bubble deflated and destroyed by a heavy storm, then rebuilt.

2008 - White House is removed and Petrocelli Hall is created.

2009 - Wood pellet boilers installed at the west side dorms and the Bubble. 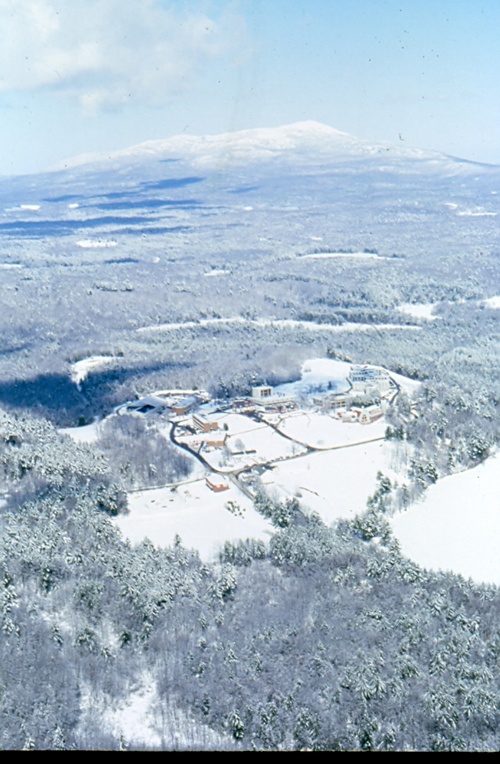 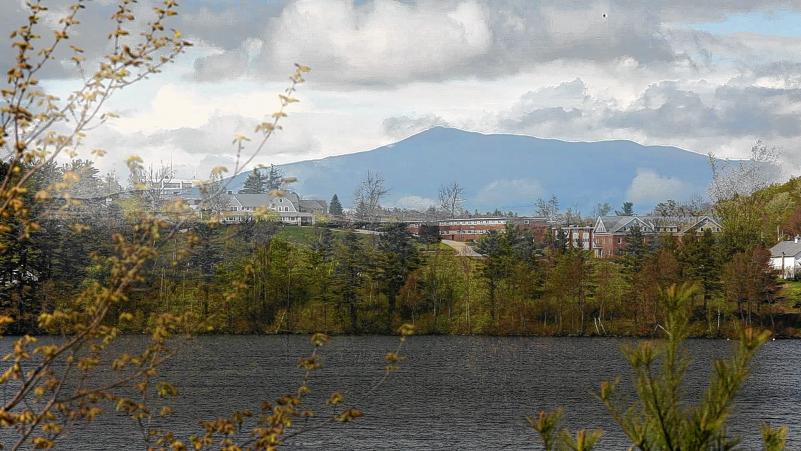 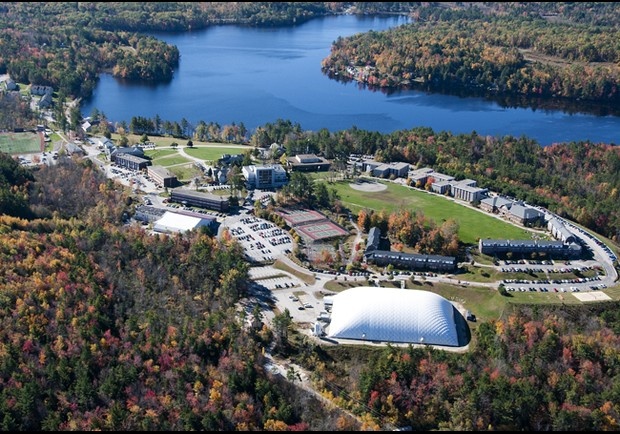 Franklin Pierce College formed around the Manor, a large structure on the hill overlooking Pearly Pond.  The initial 90 students at the college were housed in Rindge Center in the old Rice family homestead, next to the public library. This was known as the "Center Dorm." The carriage shed in Rindge Center was also used by the college, which constructed eight classrooms in it.  The town generously offered the use of the public library and school gymnasium, despite the "menacing" threat of questionable morals and activities of college students. The Rindge Town Hall was used by the college, and the Rindge Elementary School gym was used for intramural sports. Physical education classes were held at the Winchendon High School gym.  Classes were mostly held in Rindge Center, but some were held in the Manor. Students were bused back and forth. The enrollment for the fall semester 1963 was 97, and there were 9 members of the faculty and administration.

The original property purchased by Frank DiPietro was a 216-acre site overlooking Pearly Pond. There were originally four buildings on the campus, all wooden structures.  DiPietro paid $30,000 for the property. Over the course of the next few years, an additional 255 acres of land was acquired, and four dormitories, a student union, a cafeteria, and a field house were constructed.  In 1966, a master plan outlined hopes for a library, student union, 7 dormitories, two physical education centers (one male and one female), a fine arts center, an interfaith chapel, an auditorium, and an arts and sciences building.  In 1967, ground was broken for the construction of the Library, and in 1968, funding was secured for the construction of two additional dormitories.  Enrollment in September 1968 was 900 and there were 150 faculty, administration, and staff.

In 1999, a stone wall was constructed during the summer at the intersection of College Road and Mountain Road. It included a large granite replica of the College seal. During the summer of 2000, the academic mall at the northwest corner of campus was graded and irrigated. An outdoor amphitheater was created.

In the early 2000s, the campus consisted of 1200 acres, comprised of several ecosystems, as well as the campus proper. The Ecological Conscience Initiative was launched as a means of ensuring campus sustainability, to protect the wildlands around the campus, and to offer outdoor activities. 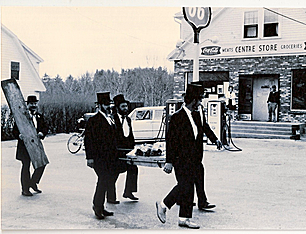 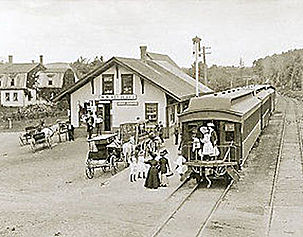 Rindge is 250! The Monadnock Ledger Transcript discusses the founding of Franklin Pierce.

On April 6, 1968, FPC celebrated the town of Rindge's bicentennial with a day of dancing, a maypole, cheering, stunts and relays, a fencing demonstration, and a jazz concert. 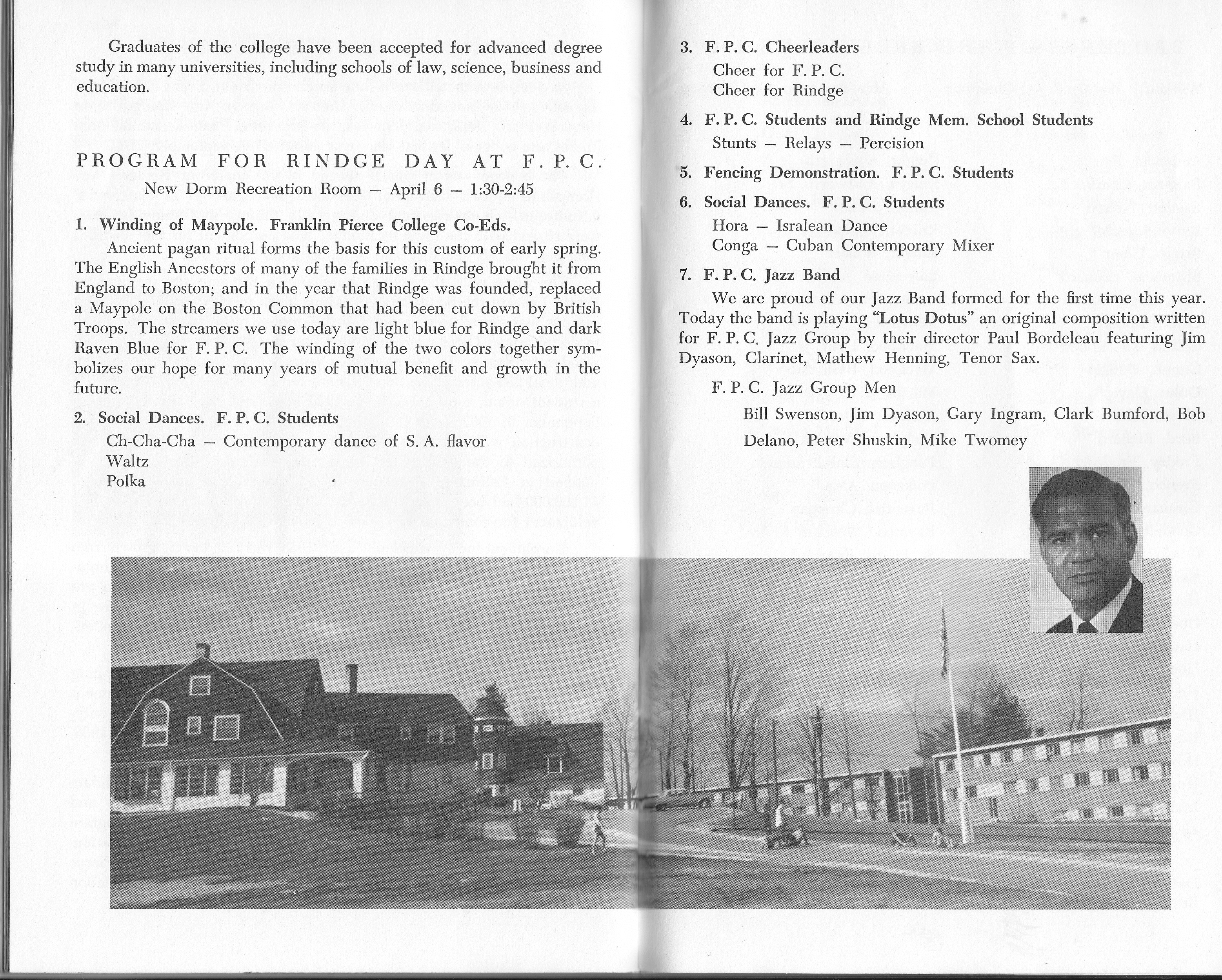 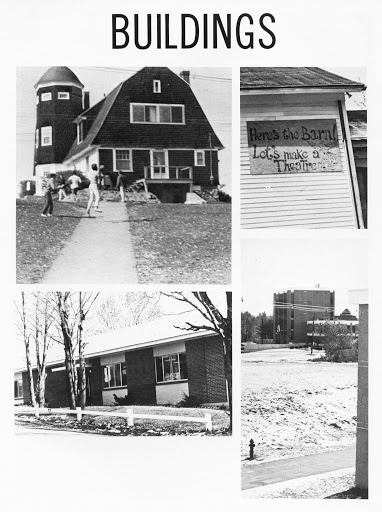