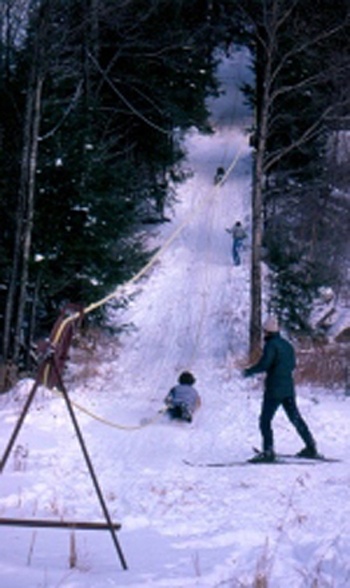 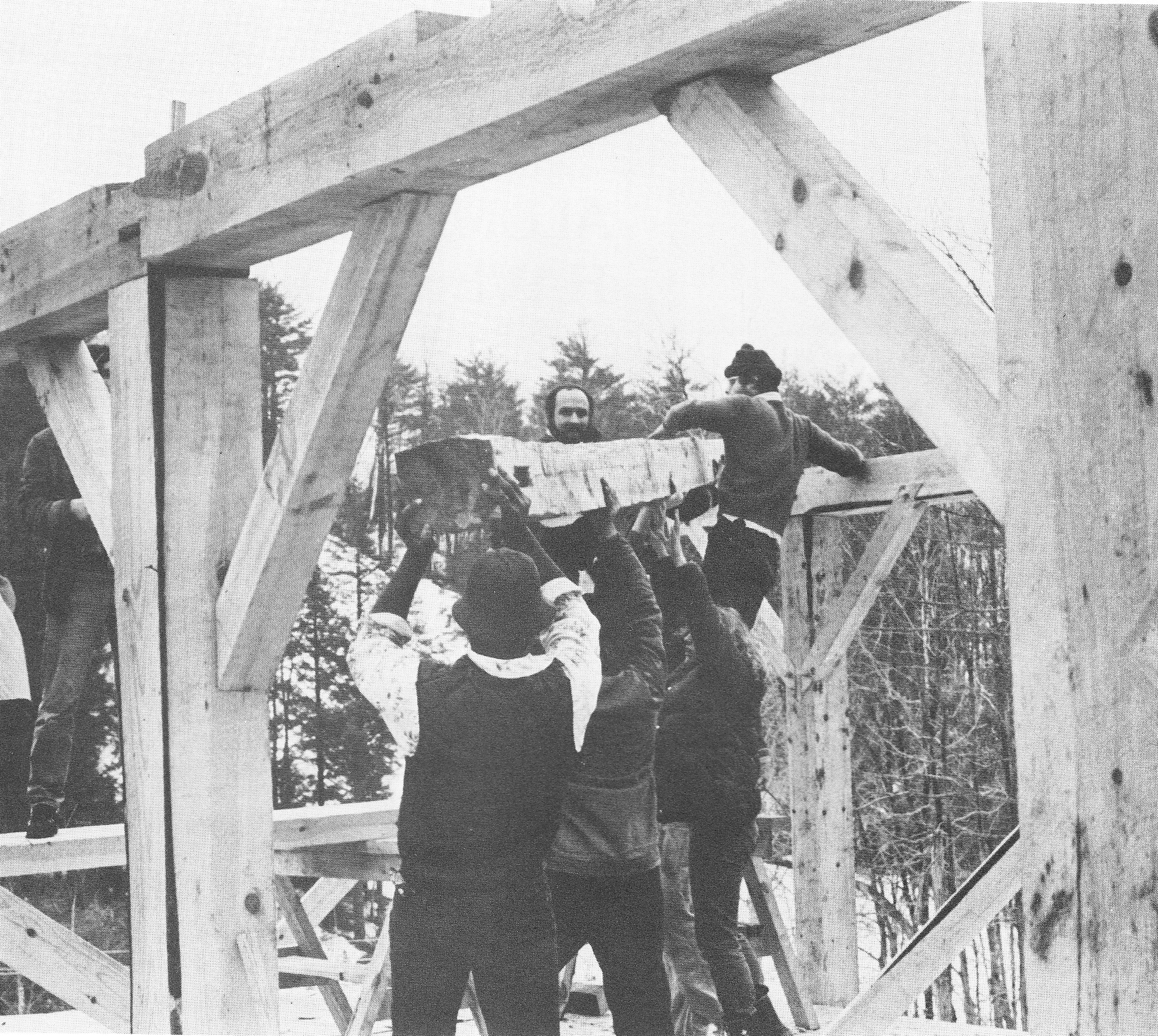 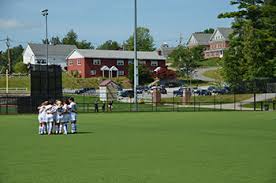 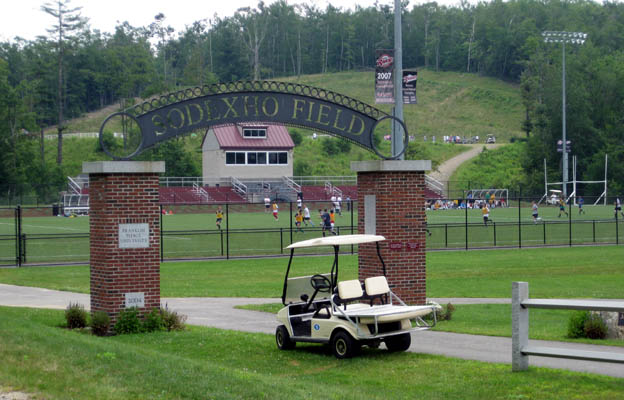 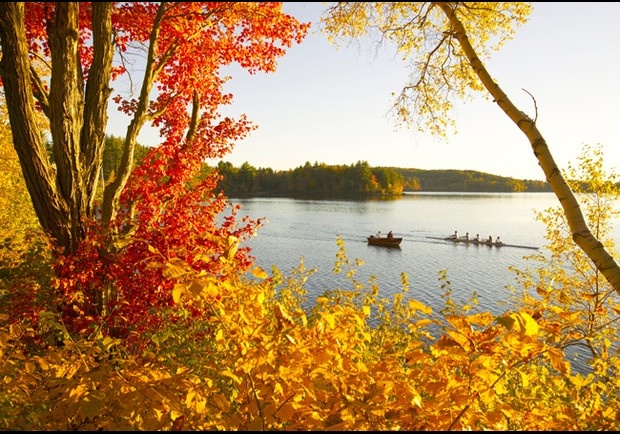 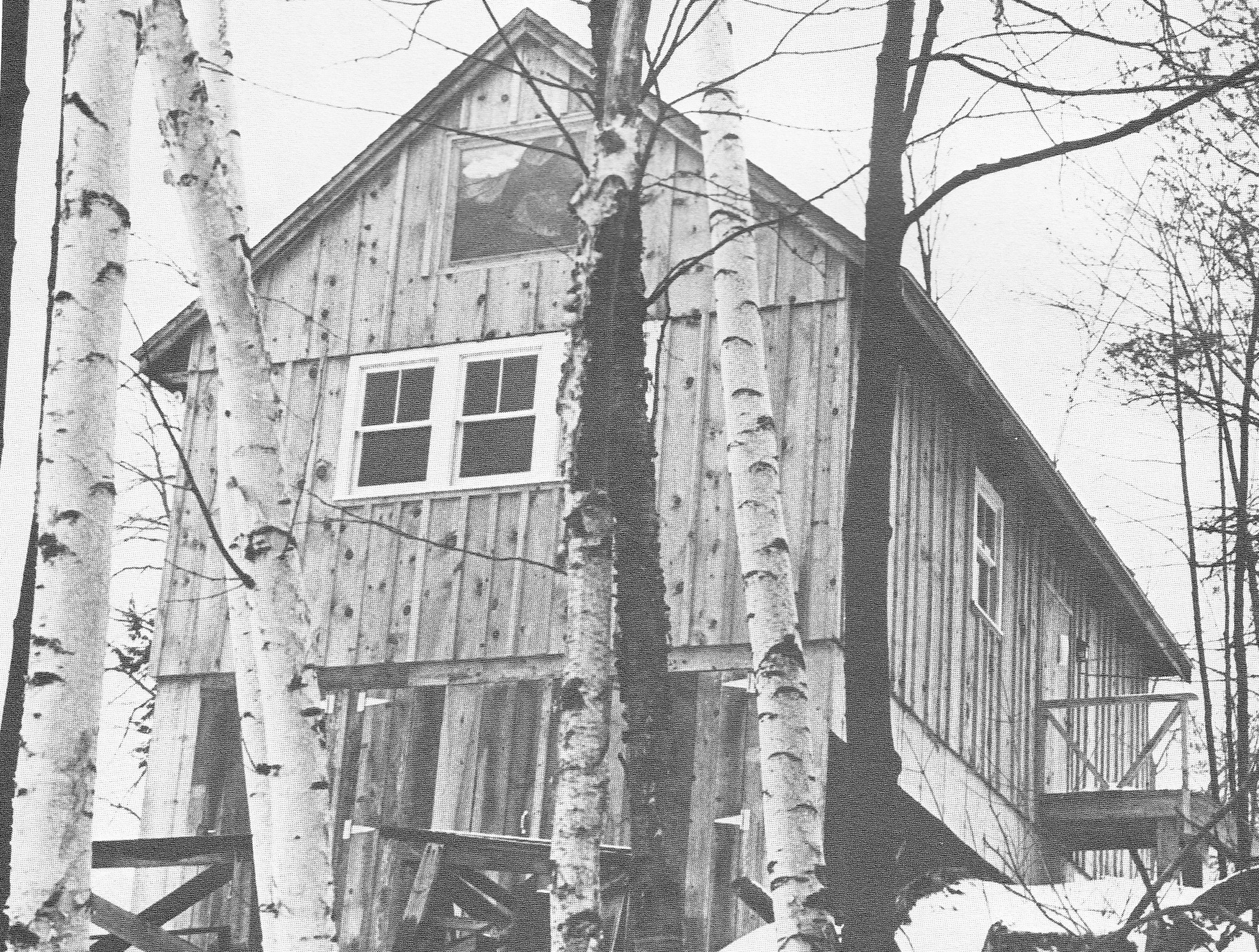 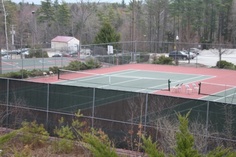 In late fall, 2014, construction began on the Bruce & Patricia Kirsh Baseball Clubhouse, adjacent to Pappas Field. The clubhouse honors the longtime support of the Kirsch family, and will support the successful baseball program. 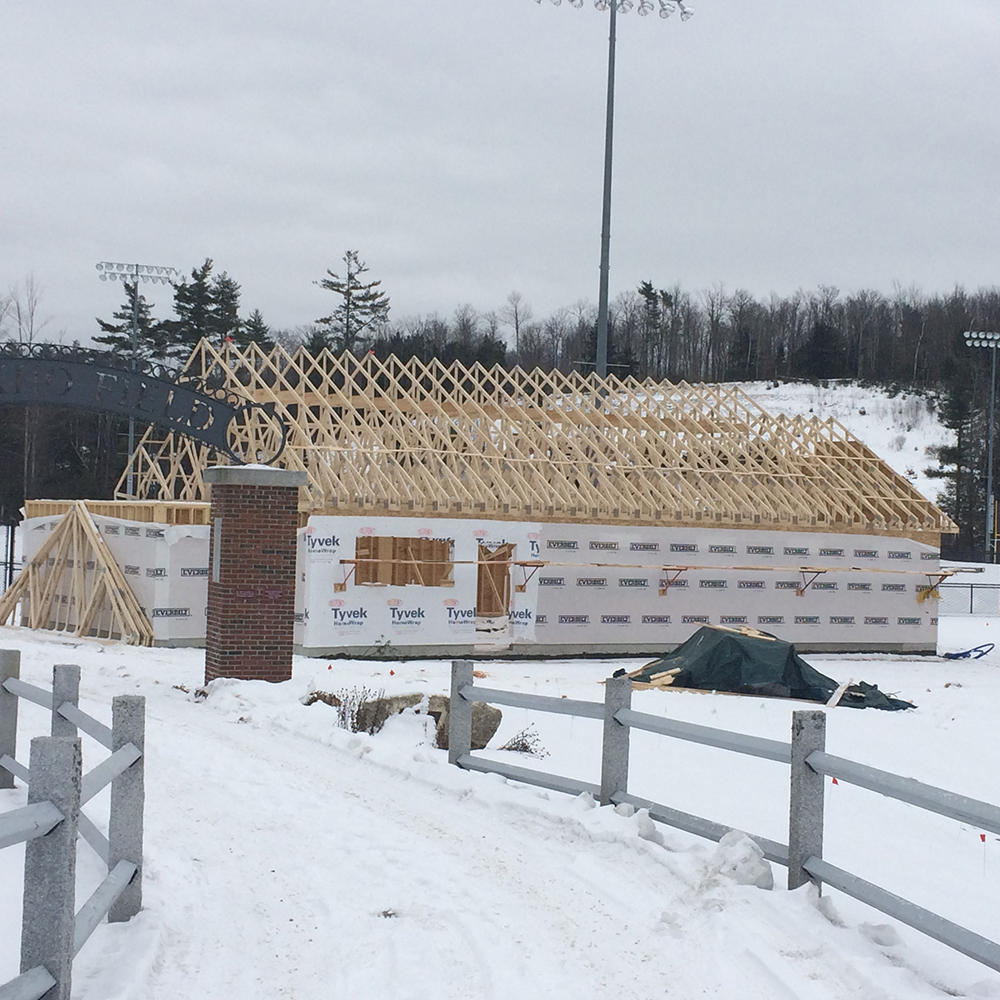 In 1966, the "Navy" was launched at Lake Pearly, as two late-model rowboats were acquired. One vessel was for the lifeguard; the other was available to students. A lifeguard stand was also added, and roping of the safe swimming area. A diving raft was built, and a parking lot was created.

This building houses the crew boats as well as all of the outdoor recreation equipment. During the 2002-2003 winter, a heavy snow collapsed the temporary crew structure. A new structure, 36 x 70 feet, was placed in the same area. A breezeway was built to connect the boathouse with the crew structure. This was funded by West Rindge Builders, Seppala Construction, Hamblett Electricity, Phinney Plumbing, and Belletetes of Jaffrey. It was completed in 2003. A second phase, planned for the summer of 2004, would convert the boathouse into a function room (Pierce Arrow 10/08/2003).

In the winter of 1966, a ski slope was cut into the hill on the east side of campus, across from Monadnock dorm. The slope was 900 ft. long and was considered one of the best slopes in the area. Two additional trails were hoped for as well. A ski lodge was opened for students, consisting of a snack bar and a room with a large hearth. Ski classes were offered to beginners. Night skiing was also hoped for (Pierce Arrow 11/21/1966). A rope tow was installed on the slope. The ski lodge was made up of the old Boy Scout cabins, which were moved to the base of the hill. The cabins were reassembled and roofed (Pierce Arrow 01/23/1967).

On October 11, 1973, the ski hut was destroyed by fire. The blaze was reported at 1:40 am, with the FPC brigade arriving in three minutes. The fire was under control by the time Jaffrey and Rindge Fire Departments arrived at 1:55 am. It was believed to be arson (Pierce Arrow 10/22/1973). An earlier January project revolved around replacing the hut with a geodesic dome.  In December students were pressing for the plan to continue.

In 1979 a post and beam ski hut was built by students, faculty, and staff in an old-fashioned barn raising. The hut had a sliding glass door into the main warming area, with wooden benches, a fireplace, and a wood-burning stove. A stained glass window was created by a summer stained-glass class. The top of the a-frame was designed to hold the Outing Club's winter equipment. The bottom floor was considered large enough to store snowmobiles and heavier equipment (Pierce Arrow 10/12/1979). At the time there was a 30-meter ski jump on the ski hill. In 1982 the Ski Lodge was refitted and insulated to serve as the center of operations for the Outing Club. By the early 2000s, the ski slope had been overgrown with 15-foot aspens, birch, and pines. In the late 2000s, the ski hill was being used again by snowboarders who hiked up the hill and took their chances.

In 1981, the ski slope was being maintained with brush clearing and trail maintenance, the row tope was operating, and the ski lodge offered rentals of equipment. The fireplace was ready to go, and ski patrols were in place. All they needed was snow (Pierce Arrow 01/30/1981).

On February 25, 2000, a grand opening was held at the hut to celebrate its rebirth as the Outing Hut. The hut offered a fireplace, hot chocolate, live music, and sledding and tubing. Those attending had a wicked good time (Pierce Arrow 02/25/2000).

In 2002, the Outing Hut operated as a hangout and base for the tubing hill, which was lit up and used each evening, Sunday through Thursday. On Fridays, the Outing Hut was closed, and on Saturdays, the hill was open for skiers and snowboarders. The Outing Hut provided televisions and outdoor sports videos, ping pong, dartboards, and foosball. Board games and music were also available (Pierce Arrow 02/13/2002).

In November 2004, a bouldering wall was opened at the Outing Hut. The wall was built by maintenance staff during the summer and was created around a small room, instead of being entirely vertical (Pierce Arrow 11/17/2004).

In February 1967, an ice hockey rink was created. It was 170' x 70'. It was the first facility on campus that involved a competitive contact sport, and students were encouraged to go out and bang each other around instead of taking out their destructive urges on the dorm walls (Pierce Arrow 02/06/1967). A month later, however, the rink was yet to open. Warm weather and snowfalls doomed the ice. Finally, the fire hoses were used to flood the rink, then a blizzard hit (Pierce Arrow 02/20/1967).

In February 2003, an ice rink was created across from the Bubble. Opening activities included turkey bowling and slalom racing. A turkey toss was attempted, but only Bruce Kirsh could get the frozen fowl in the air (Pierce Arrow 02/12/2003).

The first tennis courts were located behind Ravencroft Theatre, in the spot where faculty/staff parking now exists. In 1972, the courts were described by the Pierce Arrow as deplorable. They were uneven, wet, and lines were twisted. In 1990, four courts were built at Hampshire Court Condos. The existing courts are located behind Northwood Apartments. These courts were opened in the fall of 1993, at a cost of $256,000 (includes basketball courts as well) (Pierce Arrow 09/09/1993).

A soccer field was completed in late summer, 1967.

Field Hockey/Lacrosse Field
In 2002 preparations began for a new field hockey and lacrosse field so teams would not have to play their matches in Winchendon. The field was to be located a short way beyond Crystal Field. Plans were to eventually construct several fields around the new field, depending on wetlands areas. The field was expected to cost $200,000, most of which was raised through donations specifically for the construction of the field (Pierce Arrow 02/13/2002).

Pappas Field, home of the FPU Baseball program, was opened in 2005. Pappas Field has an EdelGrass artificial surface, with a drainage system. It also has two permanent dugouts, seating for 1500, and a press box. A large fundraiser on November 13, 2003, at Fenway Park, kicked off in honor of Arthur Pappas, former partial owner of the Red Sox. Money raised went to the construction of a new professional baseball field near the existing Crystal Field and the lacrosse/field hockey field. The baseball diamond was removed from Crystal Field to improve the maintenance and drainage of the soccer field (Pierce Arrow 10/08/2003).

In 2013, fundraising kicked off for the Bruce and Patricia Kirsh Baseball Clubhouse. 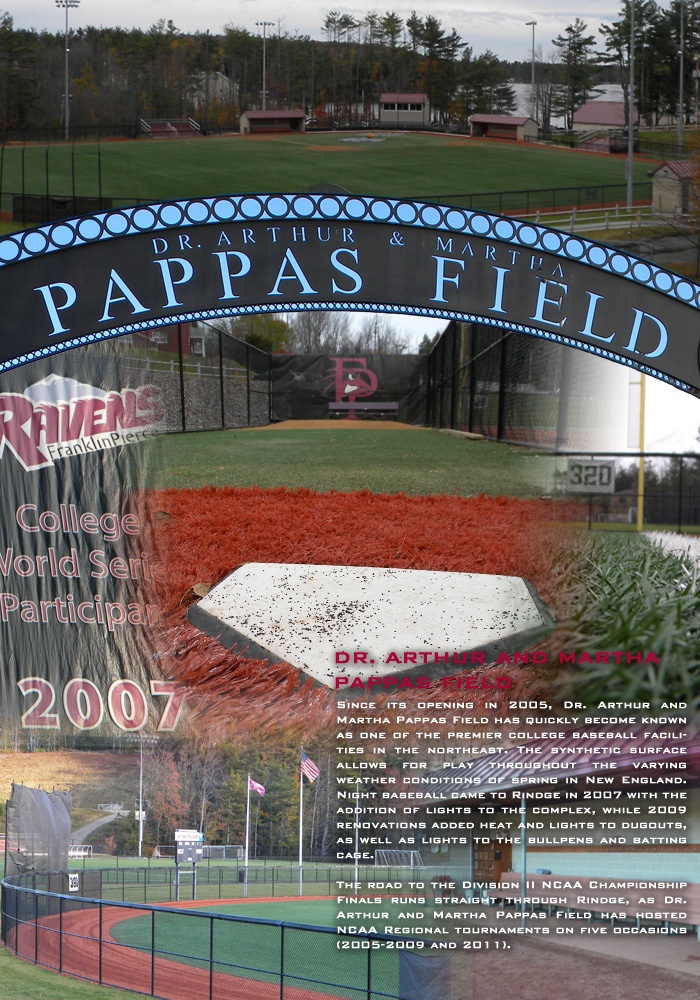 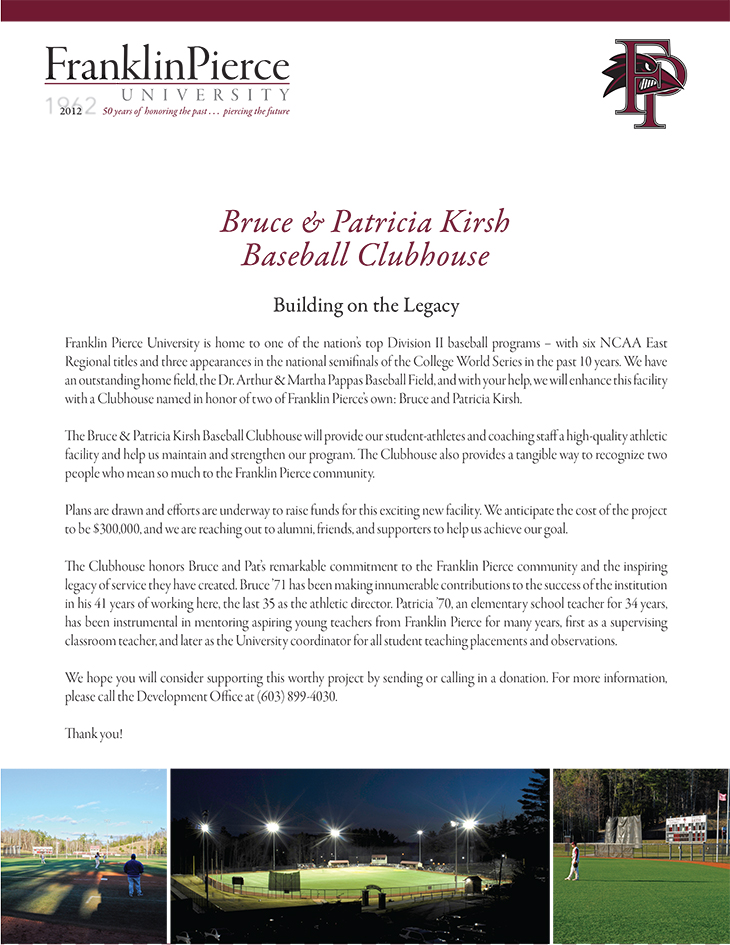 Sodexho Field was opened in 2005. It serves as the home field for soccer, lacrosse, and field hockey.

Summer 2013 saw a transformation in the softball field. The existing field was renovated and improved to honor Melissa Bisacci, a freshman softball player who died at the start of her freshman year 1997. 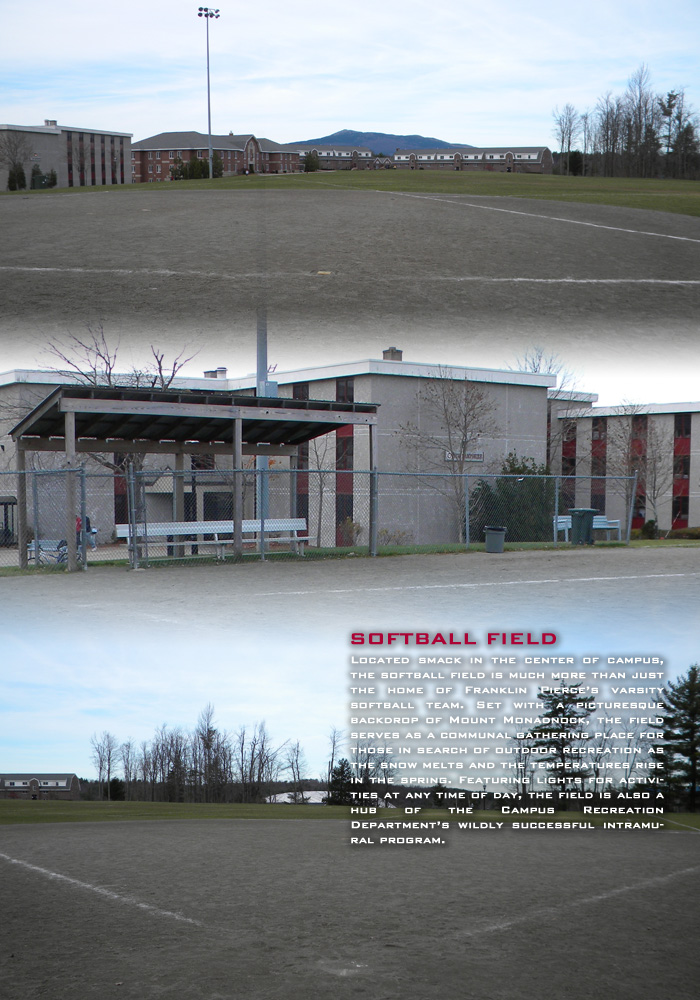 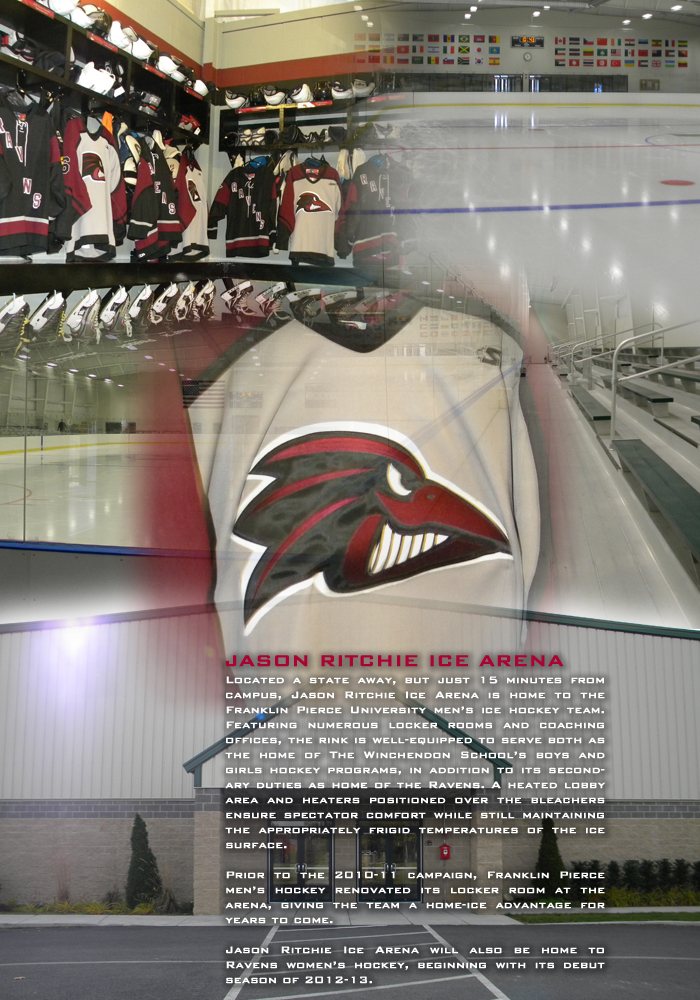 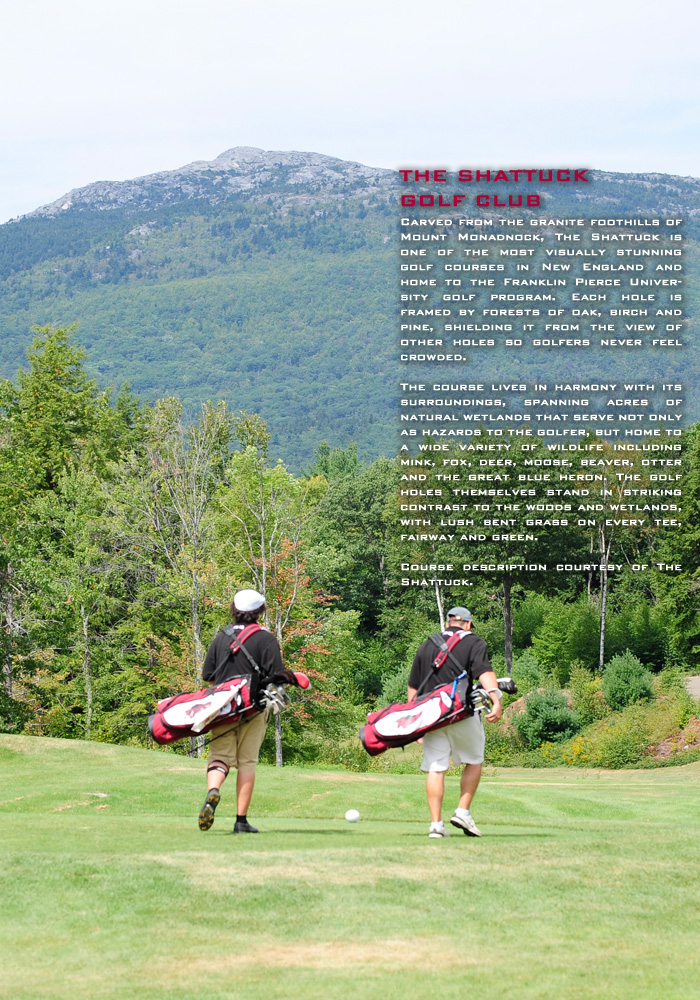