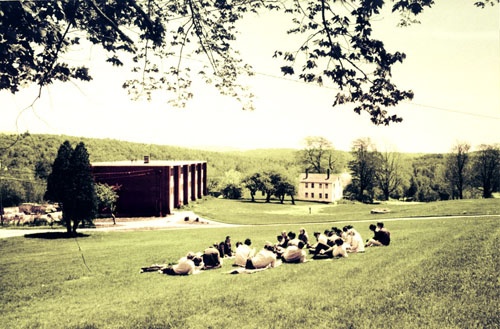 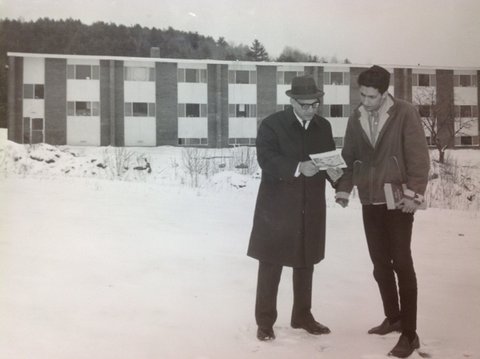 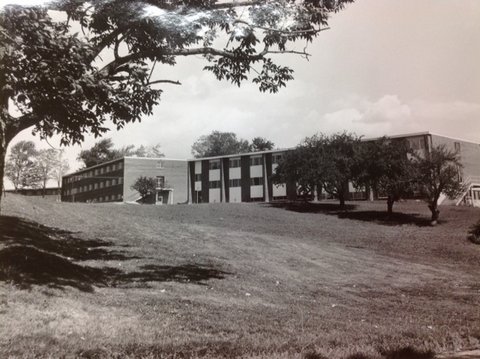 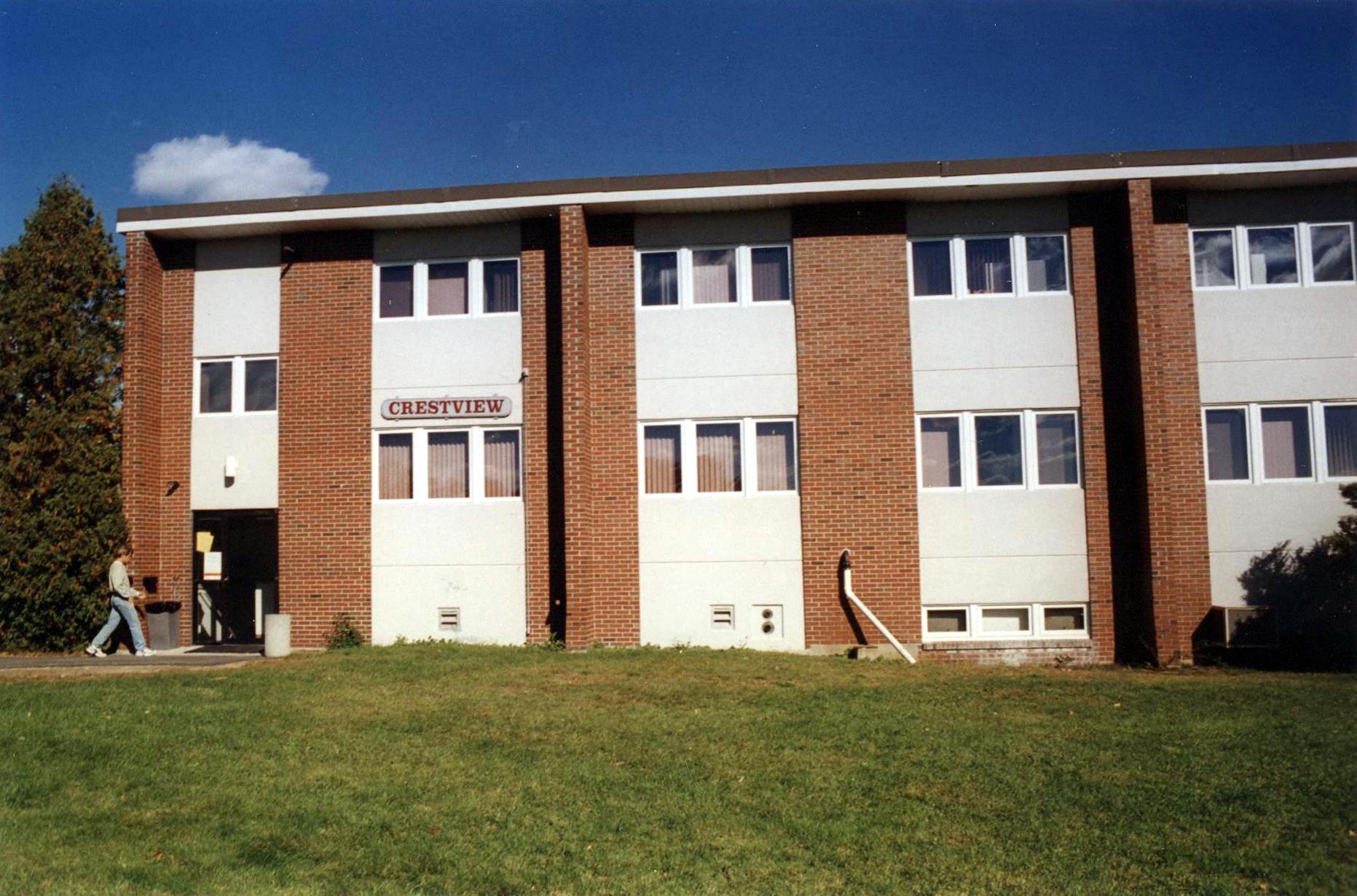 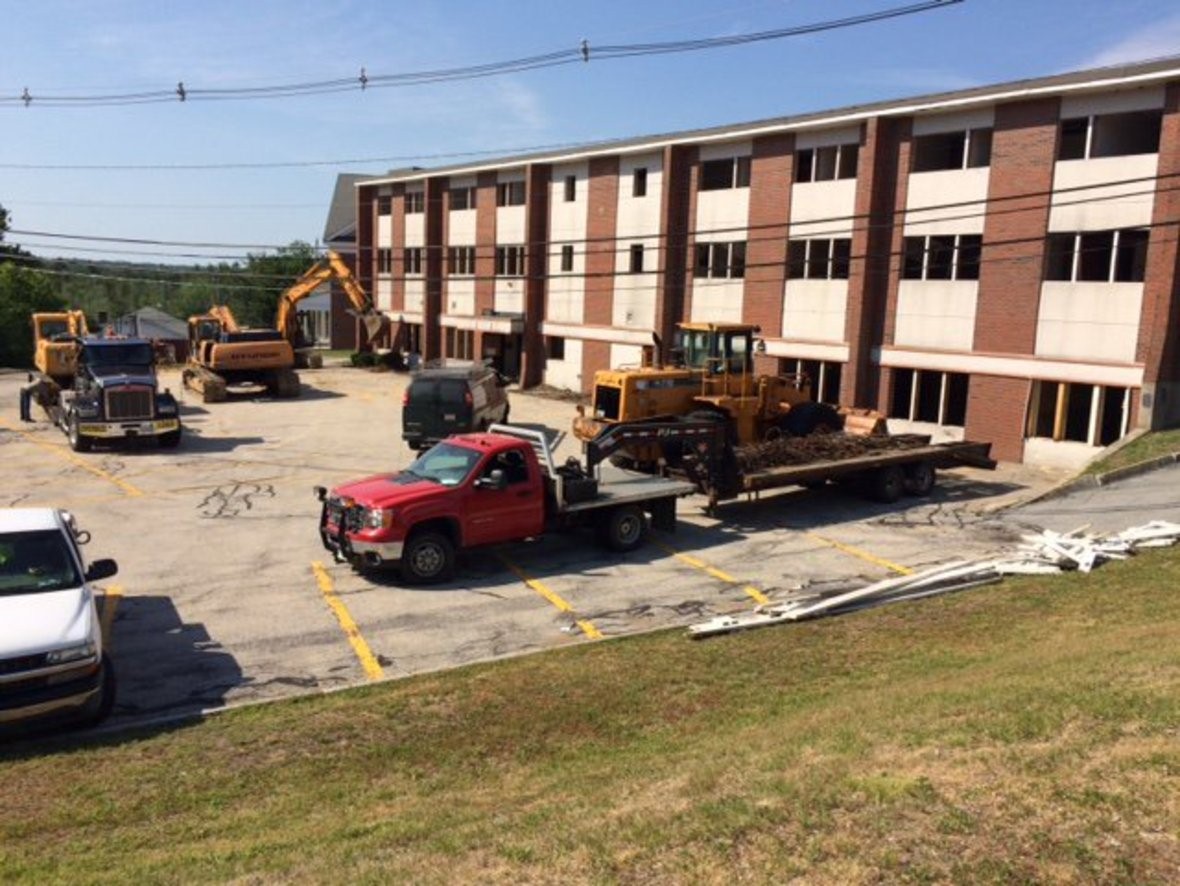 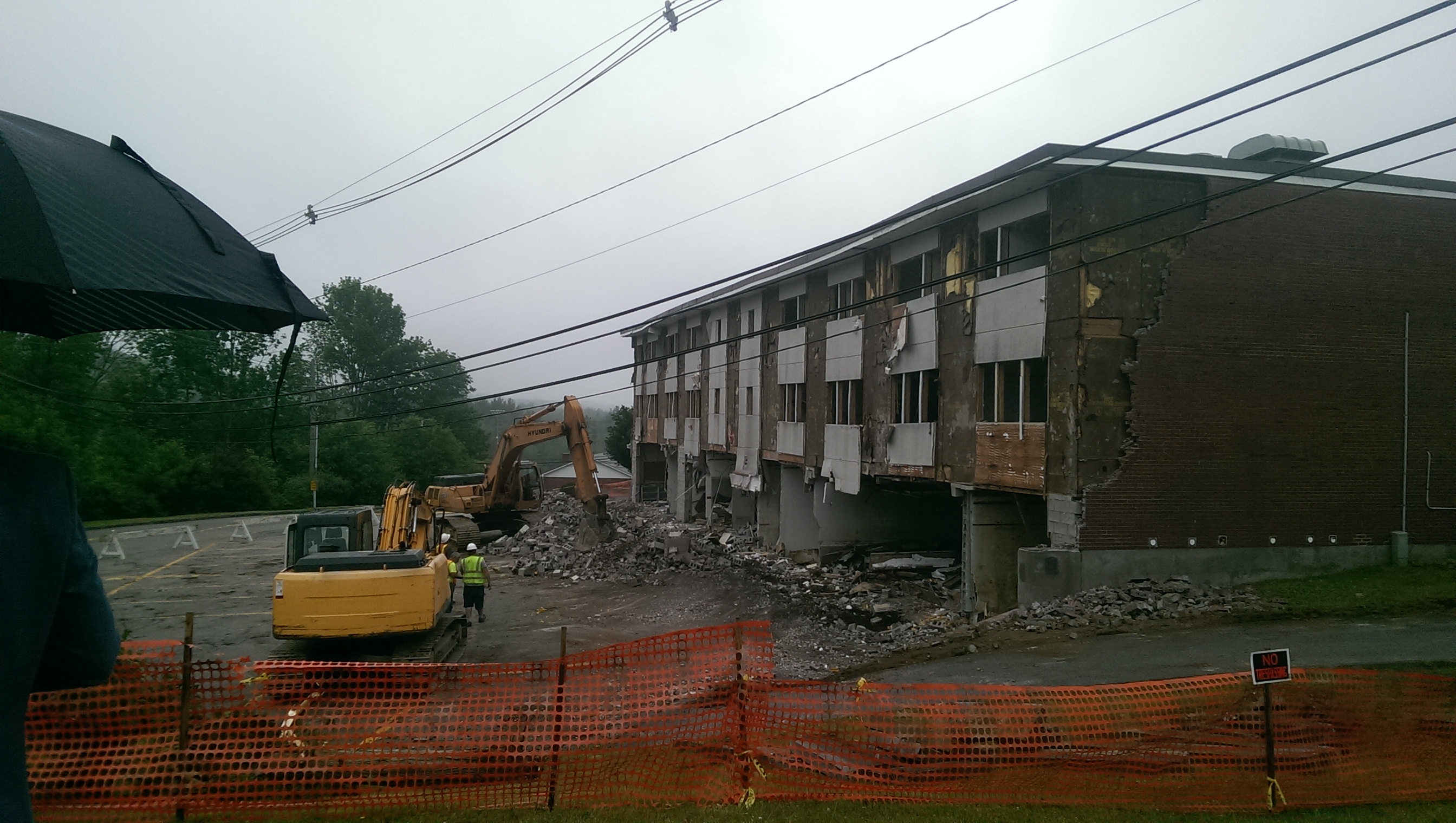 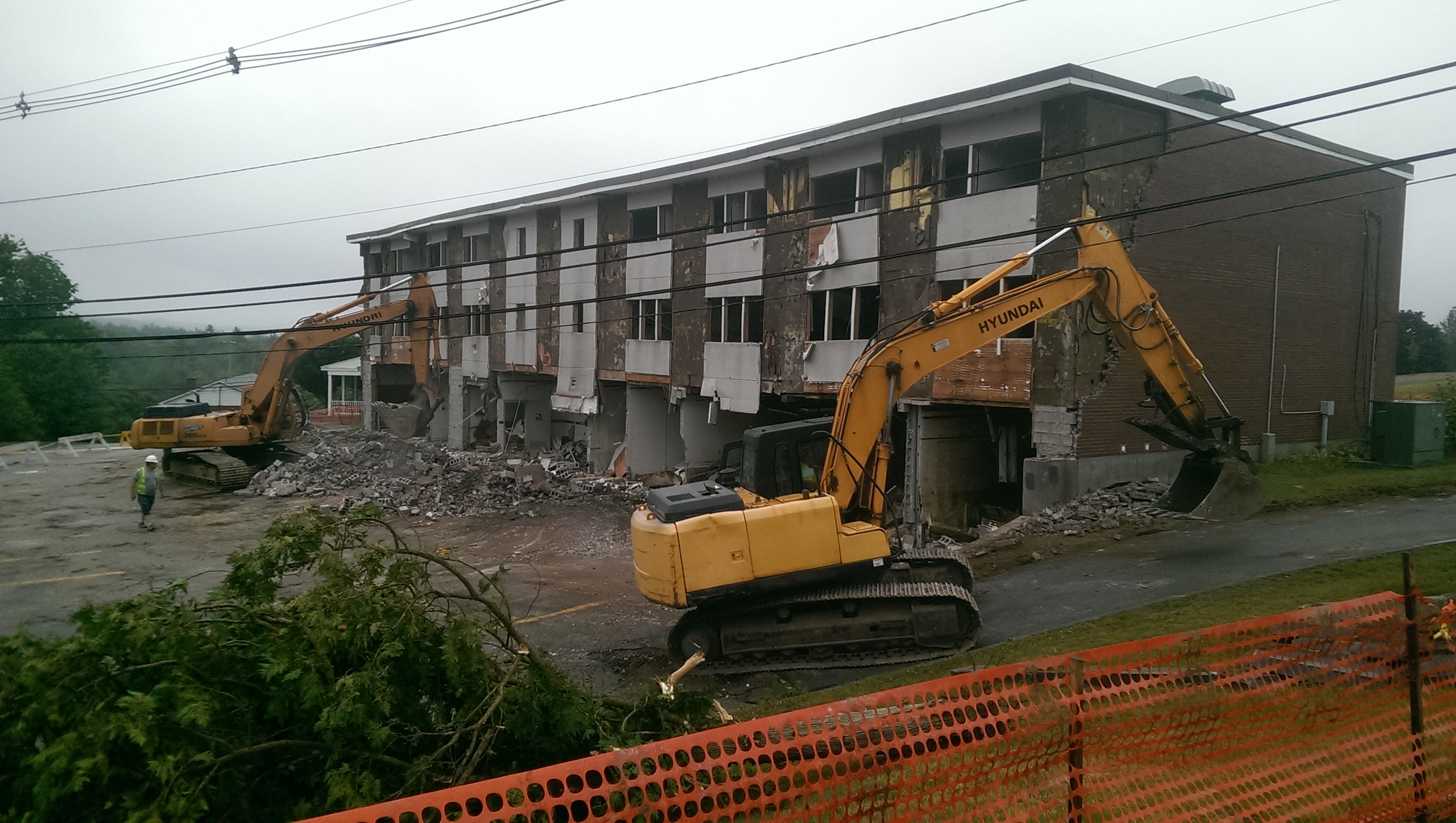 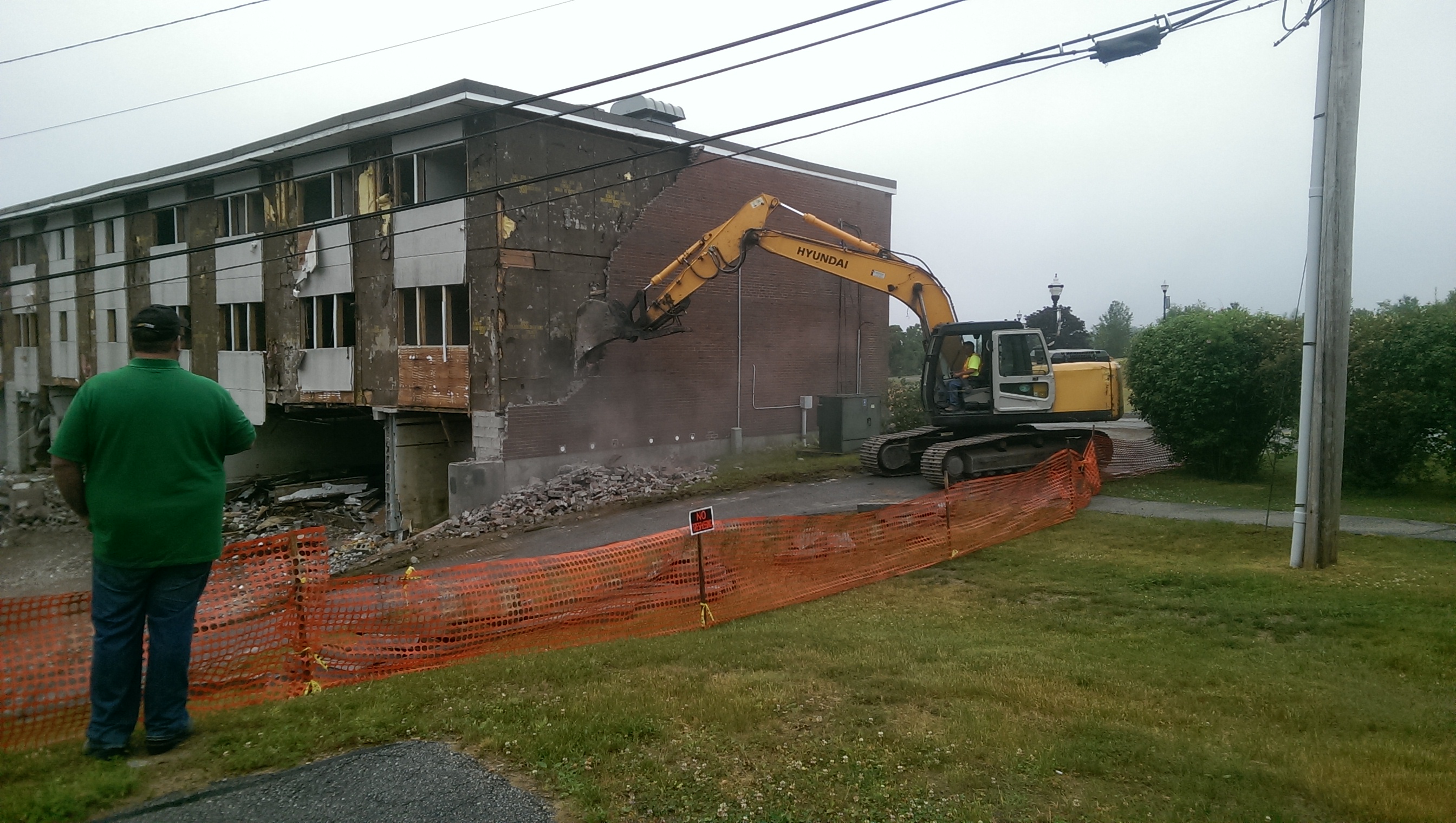 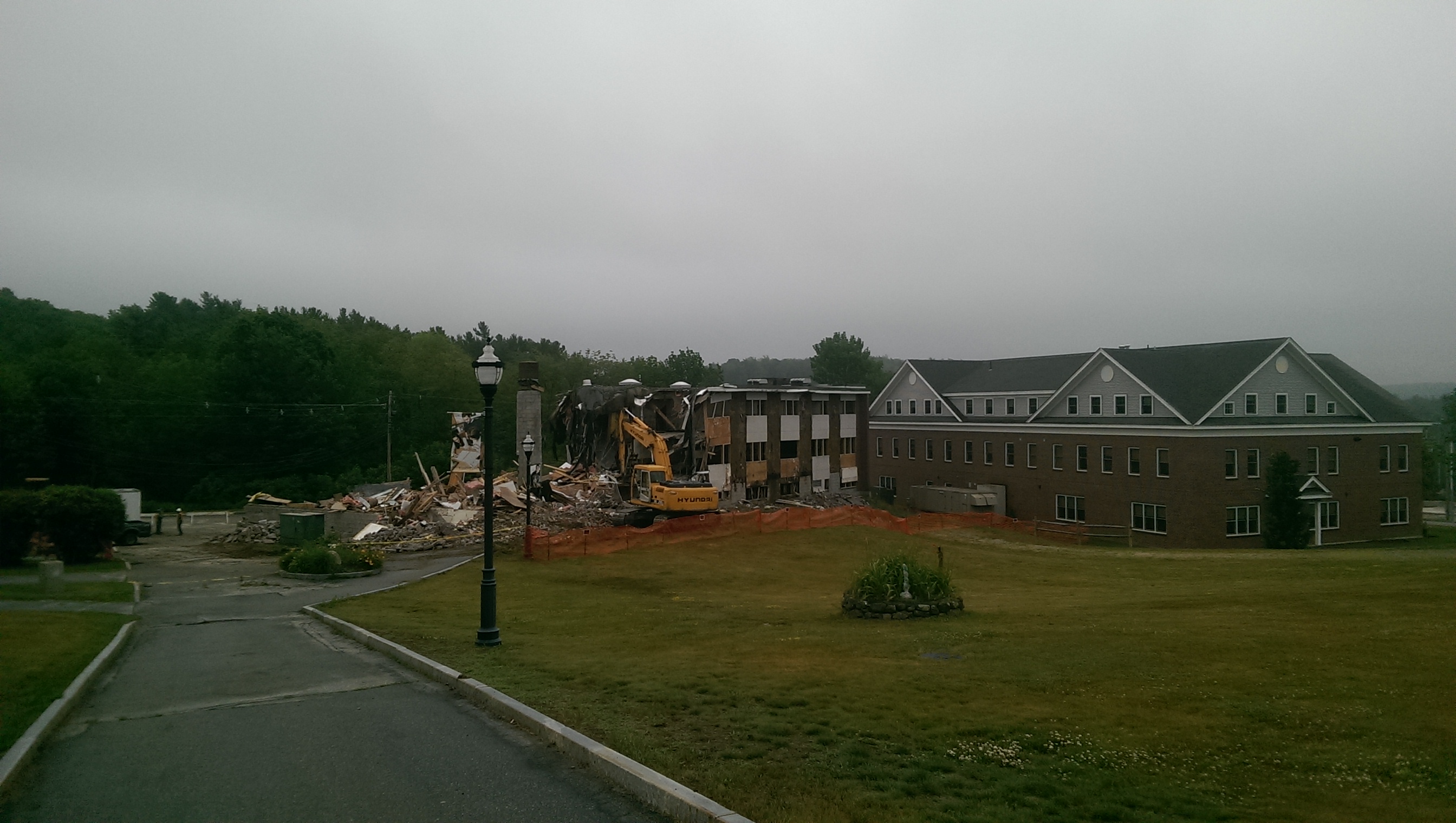 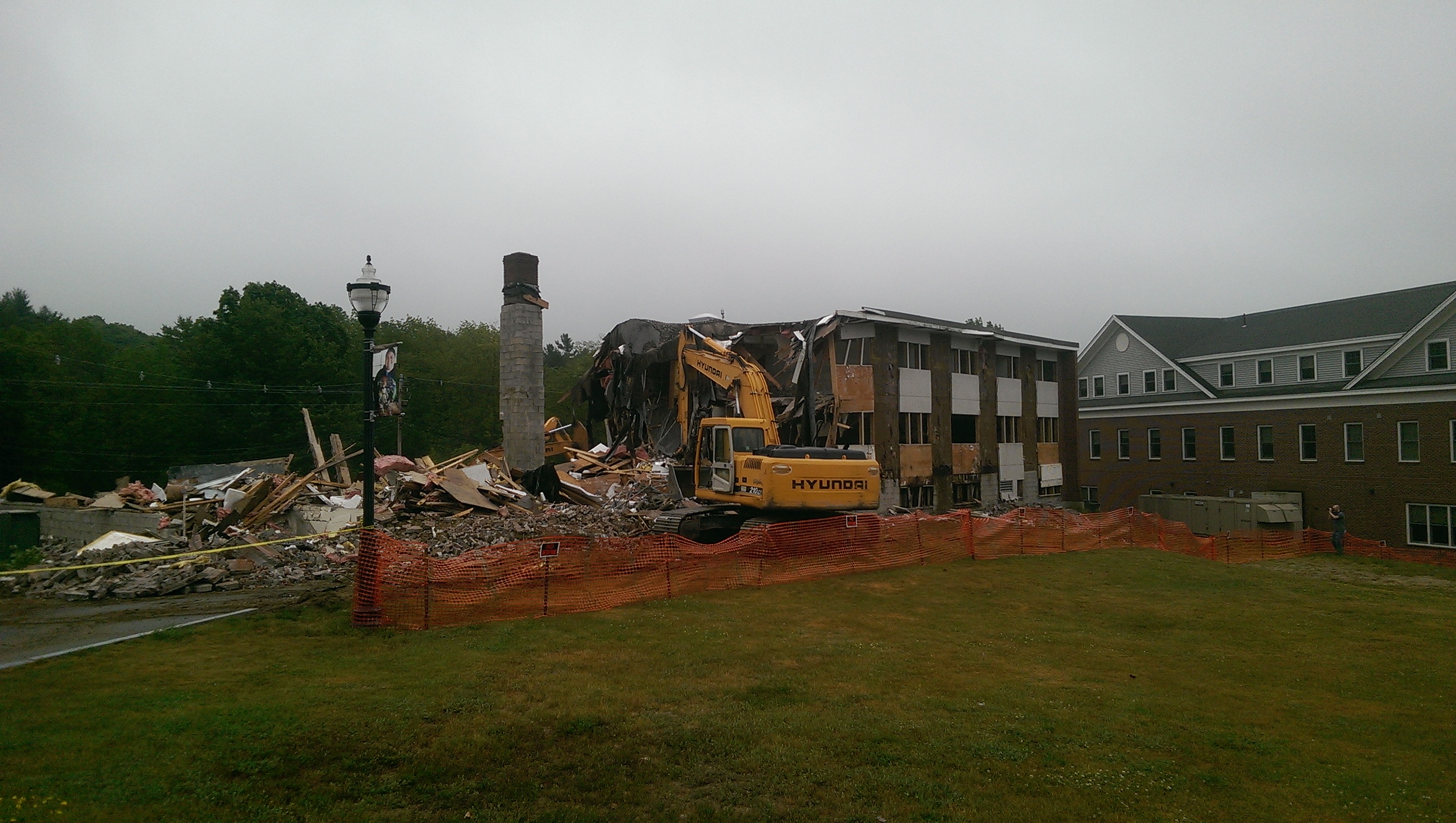 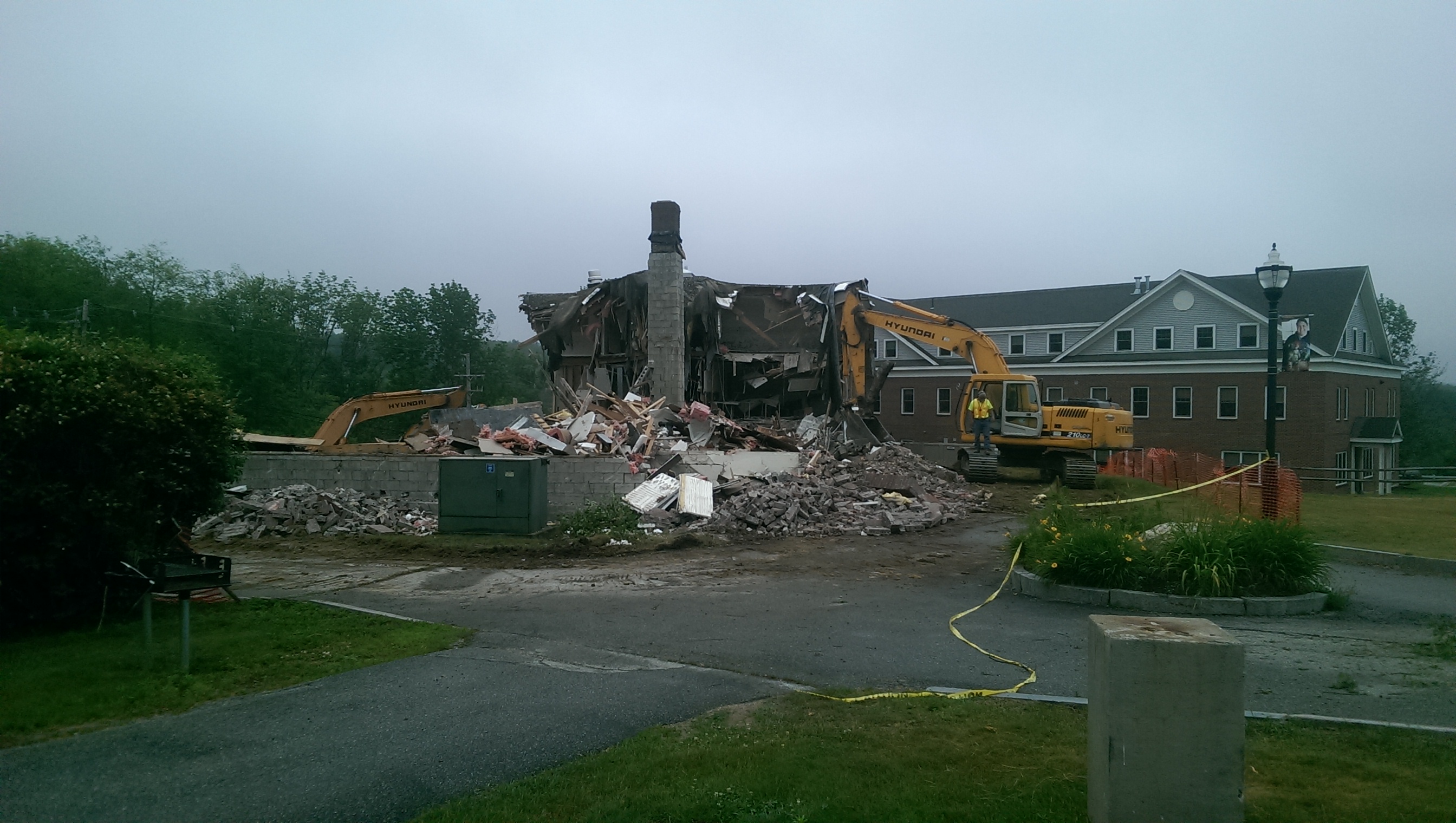 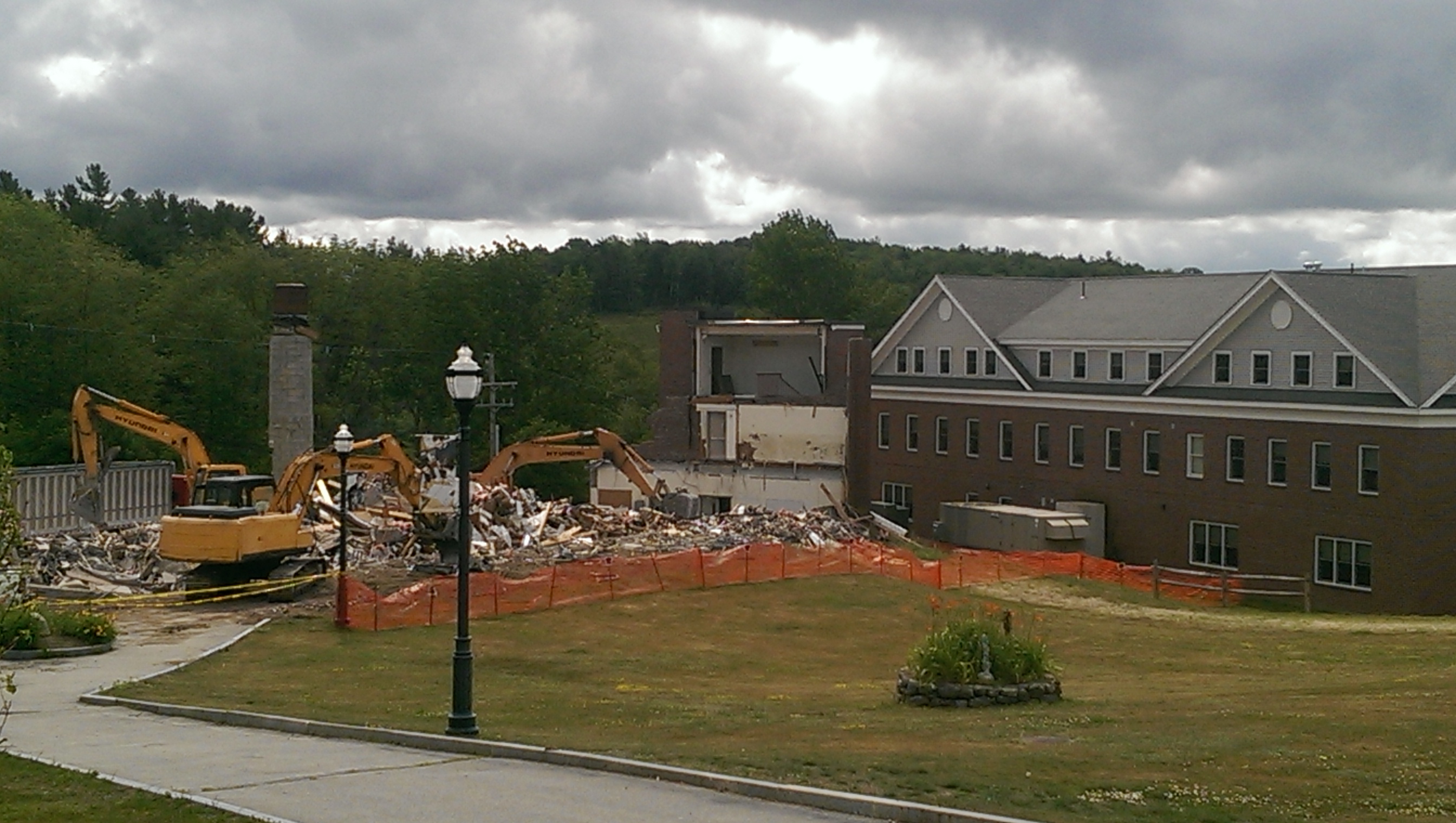 Crestview Dormitory was the first dormitory built on campus. It also served as a classroom area. It was constructed in 1964 from a frame construction with a brick veneer. This residence hall was 11,600 square feet in area with a classroom area of 5,800 square feet. Every room, except for the "Master's Suite" housed two men and had built-in desks, closets, and dressers. The architect was Alfred T. Granger of Hanover, and the estimated cost was $3,000. In fall of 1964, a decision was made to cover the outside in brick instead of pre-stressed concrete.  It contained four classrooms, a bookstore, a conference room and a laundry room on the first floor. All of the rooms on the second floor were built to house four men, and all the rooms on the third floor housed two men each.

Crestview was built by Seppala and Aho, who constructed the building against projected revenue. They were paid at the beginning of the 1964-1965 year after enough students had been recruited.

A 1977 Pierce Arrow article mentions that Crestview got its name because the dorm viewed a crest of Pearly Pond. With Crestview, classes were held on campus for the first time (Pierce Arrow 11/21/1977).

By 1967, there was an overcrowding problem on campus, and Crestview was suffering from a lot of damage. Screens and storm windows were smashed, glass was broken, walls were kicked in, and furniture was destroyed. Beer cans were tossed from windows and damaged cars parked below.

In November 1989, the Pierce Arrow reported that conditions in Crestview had deteriorated. In 1988 the dorm had moved from being a women's dorm to coed. Dorm damage and pulled fire alarms became common. The classrooms on the lower levels had to deal with loud music and noise and instructors were unhappy with teaching conditions.

In 1993, plans were announced for renovations to Crestview.

In 1994 Crestview was converted from a dorm to faculty offices, Fine Arts and Graphic Communications classrooms. During the renovations, sections of the roof were replaced, the floors were reinforced, and the inside and outside were renovated. The Graphics area contained a computer lab, the latest in graphics technology, and classrooms with light and drawing tables. The second floor housed the Division of Visual and Performing Arts and nine classrooms, some of which were seminar rooms, all of which were equipped with televisions, VCRs, and overhead projectors.  The third floor was entirely faculty offices, with computers on each new desk. Vice President Major Wheelock commented in the Pierce Arrow of 09/21/1994, "We have proven that you can make a silk purse out of a sow's ear when we renovated Crestview."

In 1999, pipes burst in Crestview, after freezing in the cold February weather. Windows were left open in two rooms on the second floor, and the usual overheated conditions were not enough to compensate for the bitter cold. The burst pipes caused a good deal of damage throughout the building. Classes in Crestview were canceled for the week. Ceilings, carpeting, and equipment were destroyed (Pierce Arrow 03/11/1999).

In 2000 a new walkway and common area with benches were constructed to enhance the west entrance of Crestview.

In 2002 the second-floor hallway's floor was replaced due to structural concerns.

In 2008, with Petrocelli being constructed, Crestview was closed. There had been plans to tear it down and build a parking lot, but the funds were not there. It was closed to save on utilities (Pierce Arrow 08/30/2008).

In June 2016, Crestview was demolished.