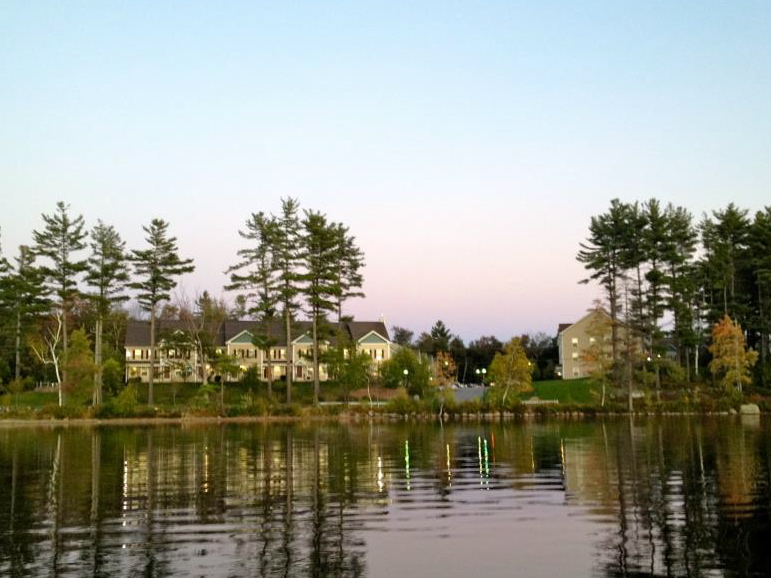 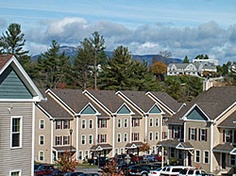 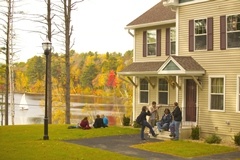 History of the Lakeview Townhouses

In December 2002, plans were announced for a new "Senior Village" to be constructed on College road, across from the lake. The lease at Taggart Meadows was not going to be renewed, and efforts were made to bring students back on campus (Pierce Arrow 12/11/2002).

In early 2003, the Lakeview Townhouses were under construction by Seppala Construction, with expectations of an August 2003 occupancy. This complex was to create 148 new beds on campus for upperclassmen and additional opportunities for the summer conference business. The project was sited on a 12-acre parcel and was estimated at $2.1 million dollars. The complex was closely modeled on Taggart Meadows homes. The two buildings planned would each hold 72 students. Each condo would house six students, two downstairs and four on the upper level. The downstairs layout consists of a living/dining room, kitchen, full bathroom, and bedroom. The upstairs has two bedrooms and two full baths. Washers and dryers are available in the basement. The college plans to keep the basements free of students, apart from one basement apartment accommodating an RA. Environmental impact concerns were discussed by the committee. Wetlands are nearby, but the building was to avoid them. The area had contained cabins earlier, and the Sawmills are nearby (Pierce Arrow 02/12/2003).

The units accommodated 90 students. There were 12 two-story houses and nine efficiency apartments in two buildings. Students were pleased with the "lavish" accommodations, and with being close to the happenings on campus (Pierce Arrow 09/24/2003).

It was announced in the March 31, 2004 issue of Pierce Arrow that plans for the second phase of Lakeview were not going forward.

At the end of the fall semester, 2004, students living in the Hampshire Court condos were moved to Lakeview. In general, students found Lakeview to be a great place to live, apart from some parking issues and some gentle pranking (Pierce Arrow 03/16/2005).

In Summer 2008, a well-lit path was created between Lakeview and the Sawmills. It took about two weeks to build the path and install the two light fixtures. It created a safer path which was easier to maintain and to de-ice in winter (Pierce Arrow 08/30/2008). 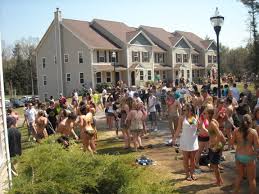 Lakeview is designated as a Sustainable Lifestyle housing option.