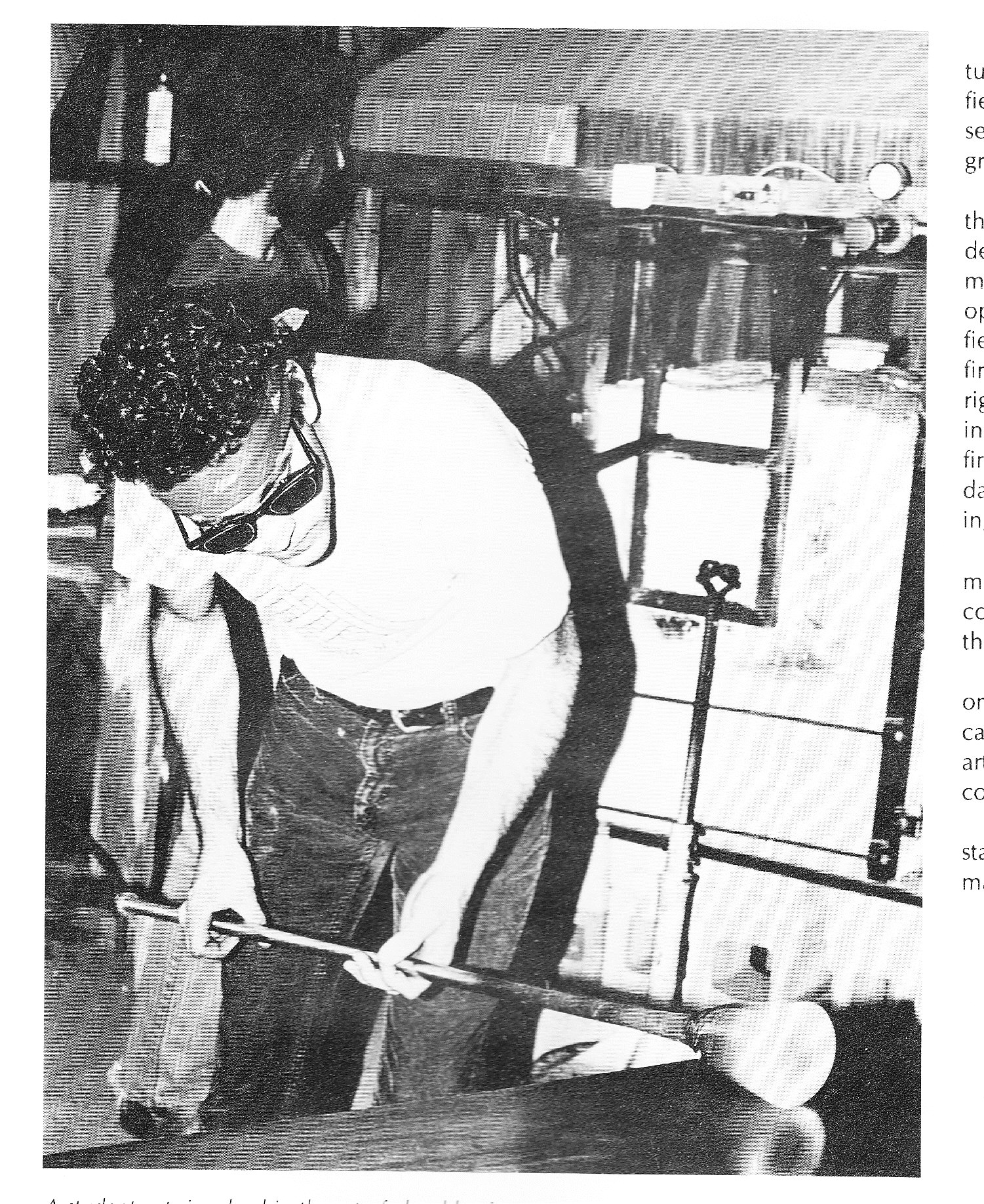 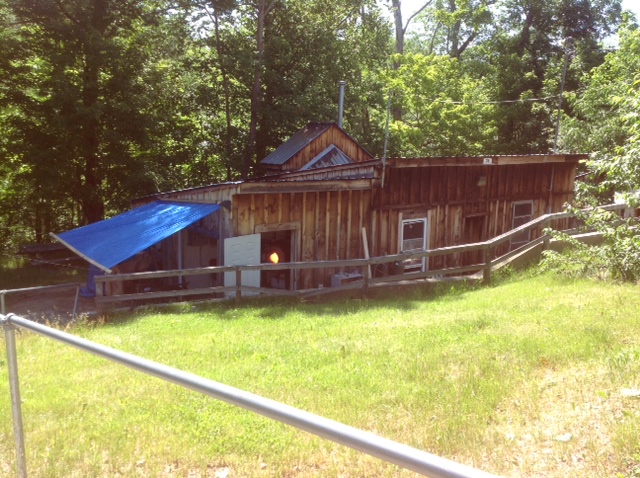 Plans for the glassblowing shed were drawn up in 1975. In 1976, Chris Salmon, a local glass artist, was asked to set up the glass blowing facility at Pierce and to instruct classes (Pierce Arrow 02/11/2010).

The glassblowing shed is located next to the ski hut, across from Monadnock Hall. Called the "hot shop" or "glass shed," its 2,200-degree furnaces glow 24/7. The shed was used as an activity between semesters in the 1980s. In 1987, glass blowing became a regular class.

Complications in the gas lines led to the glass shed being closed for the fall semester, 2000. Gas lines had not been updated since the 1970s, and the building was closed as a precaution while work was undertaken to repair the lines (Pierce Arrow 10/11/2000).

During the summer of 2005, the glass blowing shed was extended. A new kiln was placed up above the hut. The glass shed was made a third bigger than previously. A second glory hole, an open furnace for re-heating glass, and a second workbench were added. The demand for glass-blowing classes had increased, and more space was needed (Pierce Arrow 09/03/2005; Pierce Arrow 09/28/2005).

Roach Hill was a popular spot for student (and faculty?) extracurricular activities.

A post and beam pavilion was built on top of the hill in 1993, by a summer conference group, the Timber Framers Guild of North America. They arranged to build the pavilion as part of their annual summer conference. It was used for college-wide meetings. The cedar roofed, open-air pavilion was 40' x 80'. It was lighted, and with the exception of a concrete base, was made entirely of rough-hewn posts and beams. Some timber was new and some were recycled salvaged wood. The pavilion was later disassembled.

The Hill was razed in 1998 to make way for the construction of Cheshire Hall, and a softball field, and later, the Amphitheater was created. 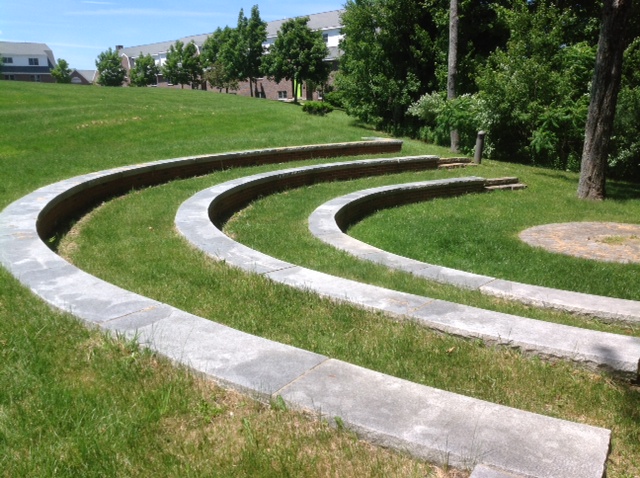 In 2001 a new 75-seat Grecian-style amphitheater was constructed in the heart of campus. Located behind the tennis courts area, the facility was intended to be used for classes, presentations, and musical events. 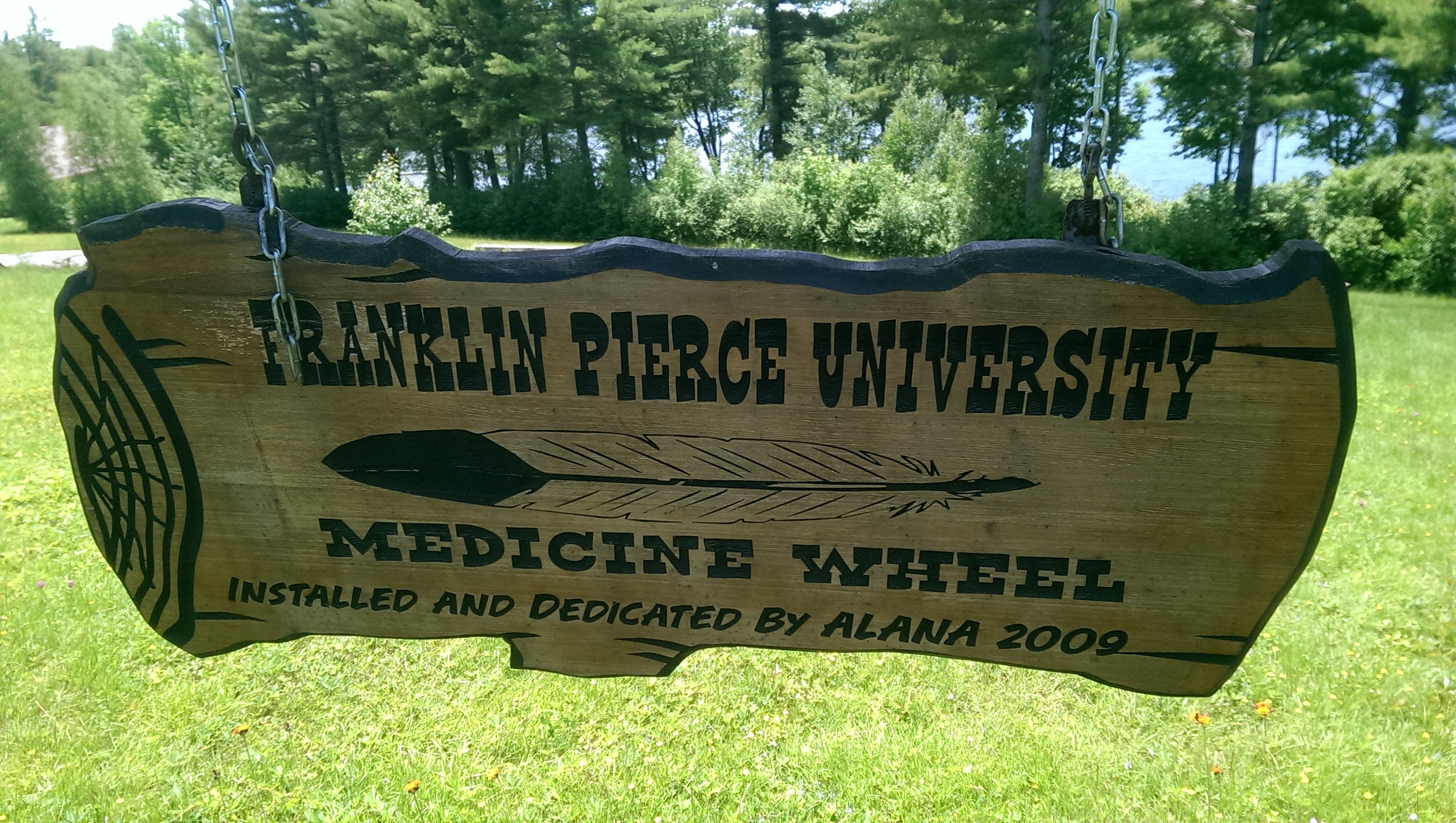 The Medicine Wheel site is located on the lower grassy hill, near Pearly Pond. It consists of some log benches and a large sign.