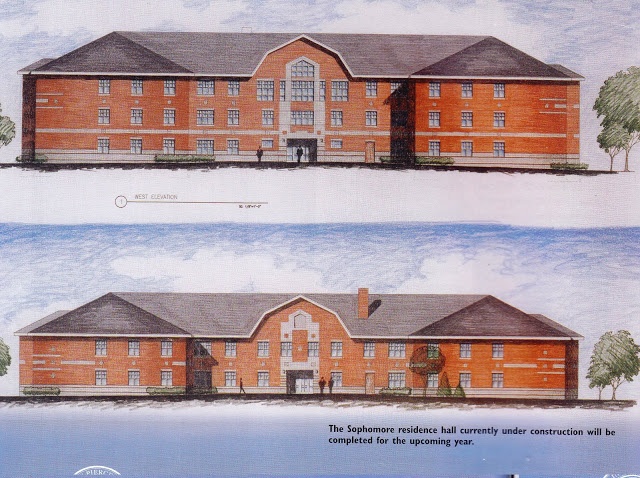 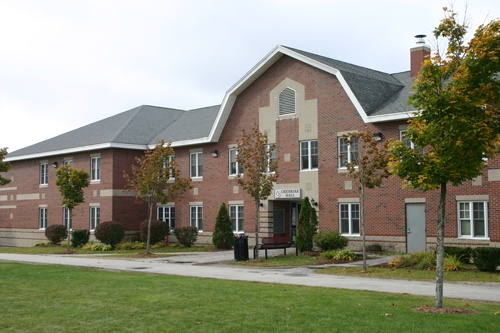 Cheshire Hall was constructed in 1998 to serve as sophomore housing. It was intended to be a 129-unit suite-style dormitory. It is three stories high and 34,000 square feet. It also contains a conference room on the third floor.

In March 1998, the college succeeded in offering a $33.9 million bond. $8.1 million of the bond was used to finance the construction of Cheshire Hall and other projects on campus. Before construction could begin, Roach Hill was leveled.

Cheshire Hall opened in September 1998 to good reviews. Despite some amenities being not yet ready--bathroom doors, telephones, cable tv, washer/dryers--students were excited to move into the new suites. Each suite was a cross between a dorm and an apartment, with a common area that had a kitchen and living room. Each 12-person suite had a community bathroom, living room, and small kitchen with microwave, sink, and refrigerator, but no stove or oven. The building had three floors and ten suites (Pierce Arrow 09/23/1998).

Housing options for 2005-2006 included an opportunity to receive a discount for certain room choices. There were ten triples at Cheshire that qualified for this discount (Pierce Arrow 04/13/2005).