In September 2016, the Business Department moved to a modular structure in the footprint of the old Crestview building. 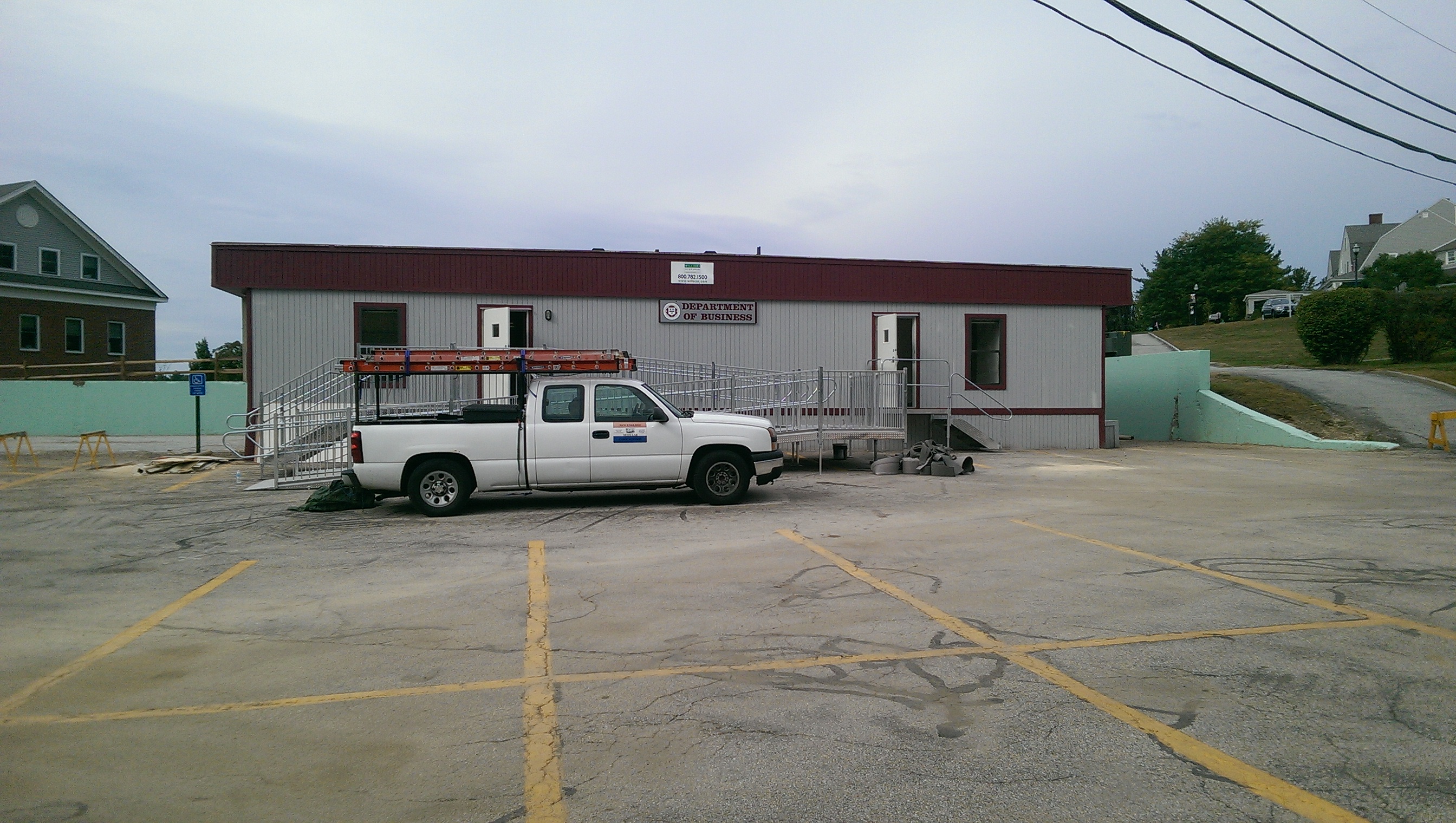 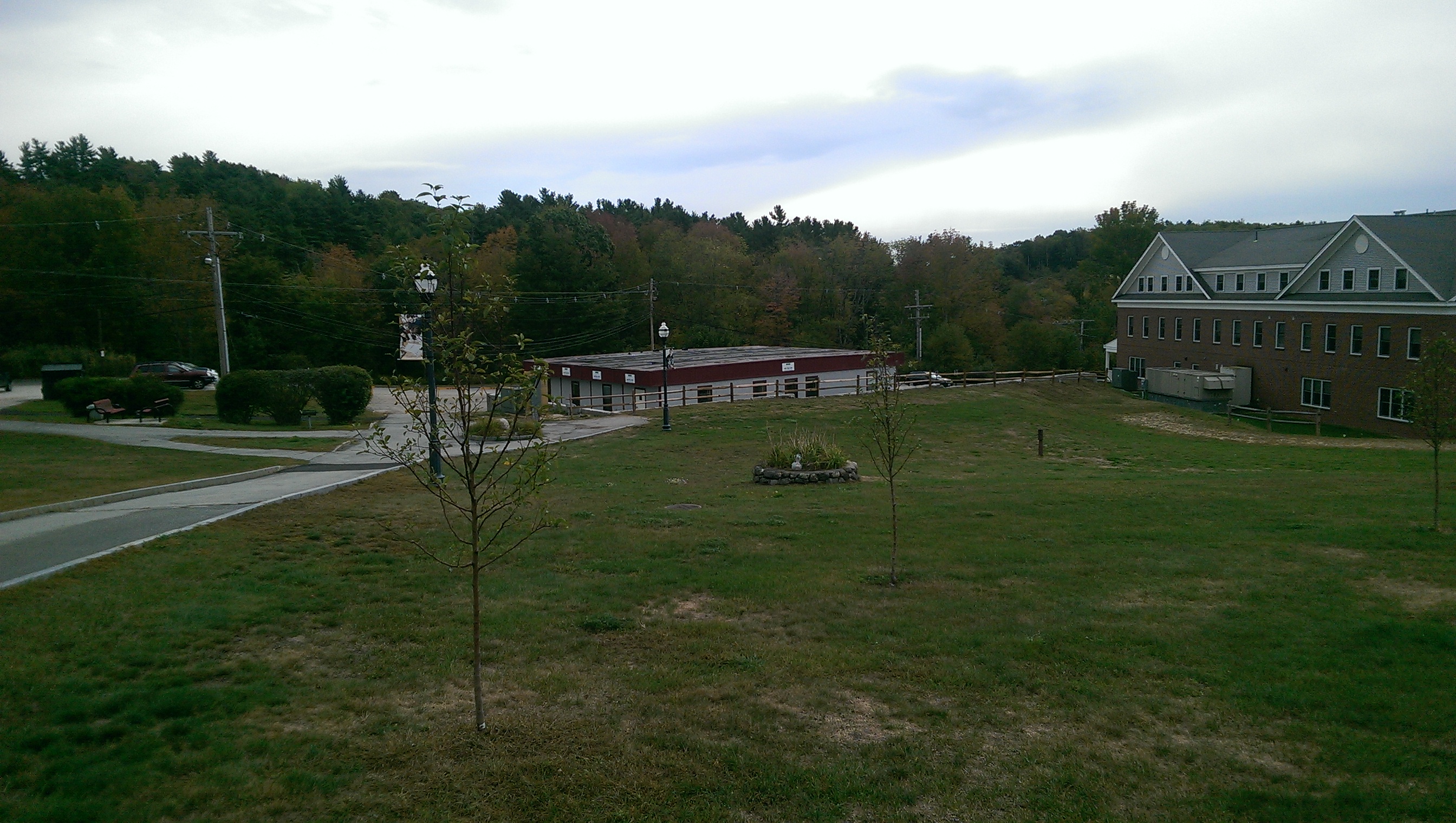 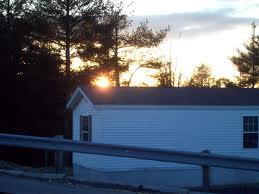 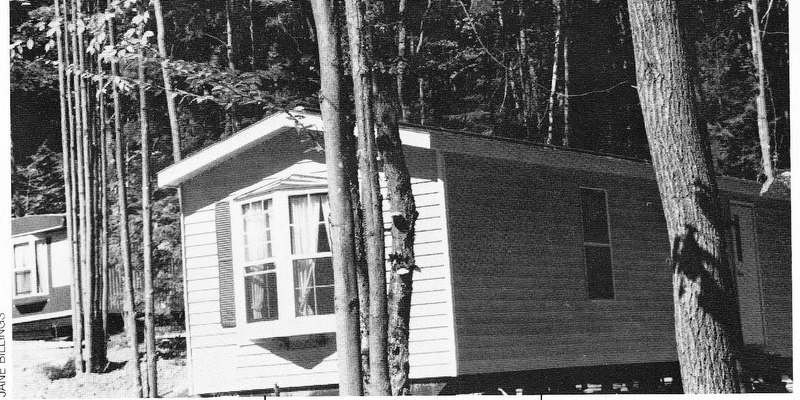 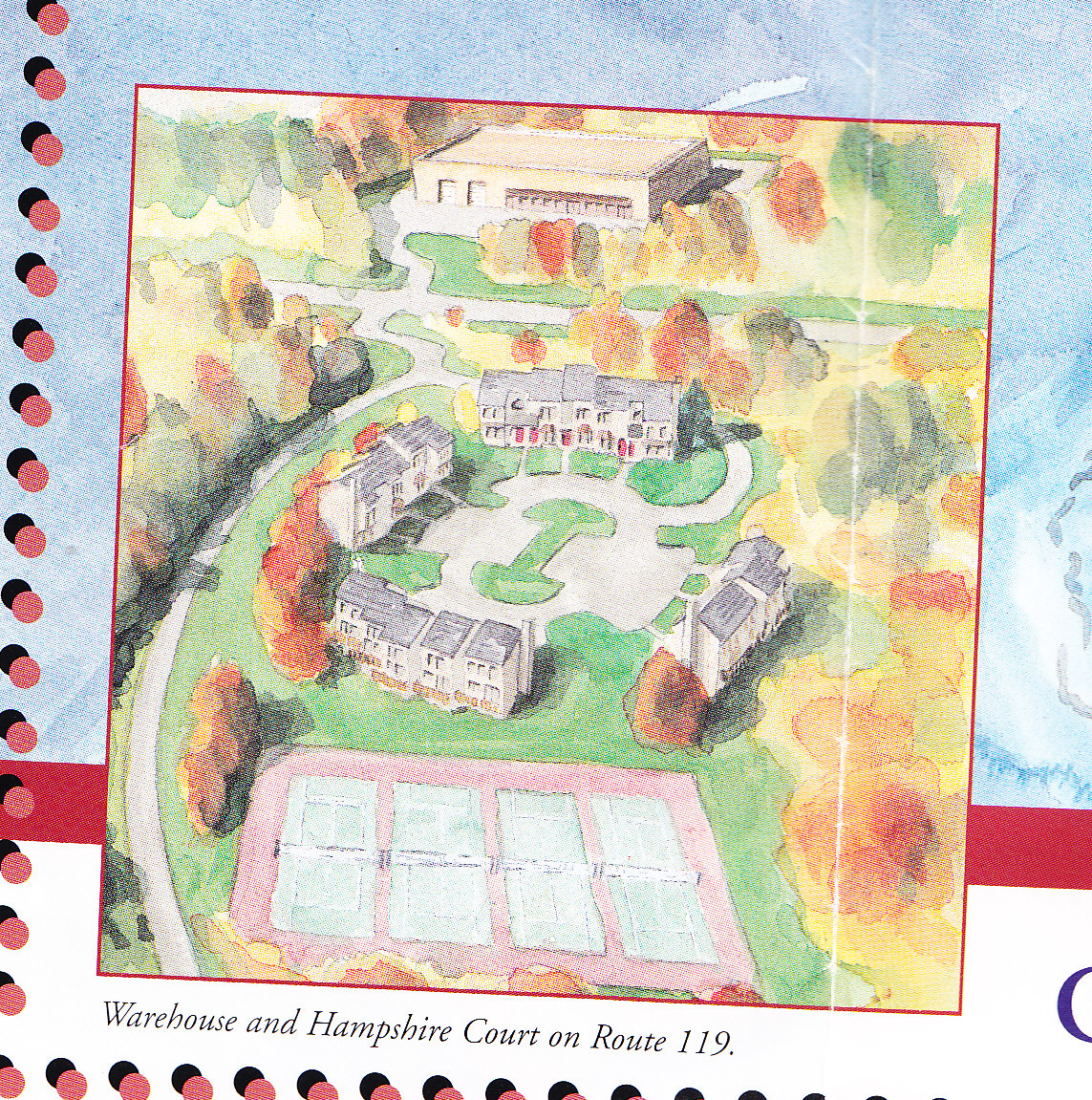 The Hampshire Court Condominium Complex was purchased in 1989. The complex was located across Route 119 (Pierce Magazine, Vol. 16, No. 1).

In the fall of 1989, returning students could choose to live in the condos. They were furnished townhouses, with washers and dryers, and accommodated 6-8 residents in each unit. The campus was five minutes from the condos, which were located across Route 119 from the university entrance. Students were glad to have college housing that was off-campus but had some issues with dim lighting in parking lots (Pierce Arrow 09/19/1989). In 1990, students complained about the lack of lighting at Hampshire Courts.

In 1993, incoming students were finding themselves in crowded quarters. Because of confusion in residential life, the infamous Condo 20 situation occurred. Condo 20 was found to be a coed condo which caused a great scandal at the time, with rumors that residents were using gender-separate entrances. The rumor could not be confirmed (Pierce Arrow 09/09/1993).

In 1994, four condos were re-tiled and re-carpeted. These were the most damaged condos. Three other condos were partially restored (Pierce Arrow 09/21/1994).

In 1997, Hampshire Court was cleaned up after repeated visits from the Board of Health and Safety. A rat infestation was dealt with, and the "general filth" and "deplorable" conditions were improved. Many condo residents made a considerable effort to clean up their areas (Pierce Arrow 05/06/1997).

In 1998, the Hampshire Court septic system was repaired. In December, mice had infested Hampshire Court, thanks to students leaving litter and food outside, having broken windows, and leaving doors ajar. A mouse-catching competition was proposed by resident entrepreneurs, who offered five dollars to the person who caught the most mice. The Dean of Students recommended poison as a solution (Pierce Arrow 12/09/1998).

By 2000, noise at Hampshire Court had become a problem. Social gatherings and loud bass had caused a number of complaints (Pierce Arrow 10/11/2000).

In 2002, the Hampshire Court Condos were proposed for a coed living option. The plan was for 2-3 condos to convert to coed options, with a specialized application process (Pierce Arrow 03/14/2002).

It was later sold.

In 1987, the first generation of 14 trailers was moved to a temporary manufactured home village behind the large parking area by the fieldhouse, called North Woods. They held 60 residents and were brought in to accommodate a record number of students. The trailers were placed on sites "carved out of the wooded area to give it a New Hampshire appearance." The trailers were to be removed in July of 1988 when Mountain View apartments were due to be constructed (Pierce Magazine 11/01/1987). However, after Mountain View was ready, the college needed to retain the trailers for one more year (Pierce Magazine 11/10/1988).

In 1990 the College purchased a fleet of trailers to serve as student housing. They were located near the Bubble.

Trailers: Pierce Village
In 1998, high numbers of students seeking housing led to the creation of Pierce Village. These "modular homes" were located between Northfields Activity Center (the Bubble) and the Mountain View Apartments. Each modular home contained four residents, with two double bedrooms, a kitchen, bathroom, and living room. There were 15 modular homes in all. The homes had phones, refrigerators, and microwaves (Pierce Arrow 09/23/1998).

In 2002, proud residents of Pierce Village lobbied for a sign identifying the village. Citing the fact that the village didn't appear on campus maps and wasn't depicted on the college website, they advocated a little respect for their humble quarters (Pierce Arrow 11/20/2002).

In the summer of 2008, units thirteen through fifteen were removed from Pierce Village. The temporary village had existed longer than expected, and some wear and tear was evident. The open area got a facelift with a couple of picnic tables. More thought was given to removing all the trailers. At the time, the number of mobile housing unites was down to one (Pierce Arrow 08/30/2008).

Pierce Village was no more at the start of fall semester in 2010. It was getting harder to replace utilities at the trailers, and the units were old. Many students were disappointed at the thought of no more trailers, as they like the independence of living there (Pierce Arrow 05/06/2009).

Cabins
The cabins were located near the North Woods trailers. By 1995, they were closed because they needed a number of repairs, housed few students, and were expensive to maintain (Pierce Arrow 05/04/1995).