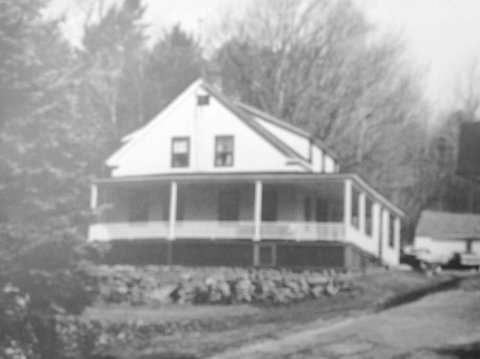 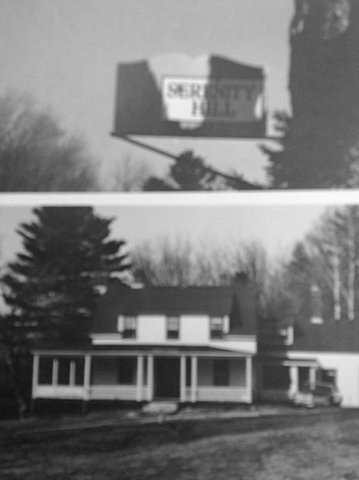 Serenity Hill was an old farmhouse located on Mountain Road. In 1971, it was described as being built around the year 1900. It was a frame construction of about 2900 square feet.

In 1971, Frank DiPietro's case study relates that Serenity Hill was serving as a residence hall.

In 1986, Serenity Hill was repainted and refurbished.

In 1990, Serenity Hill became a housing option for people coming off drug and alcohol problems to live in a positive, supporting environment. Before converting to a substance-free support choice, Serenity Hill was known as a party house. In 1992, four people were residing at Serenity Hill, with other rooms available (Pierce Arrow 11/05/1992).

In 1992, Serenity Hill was proposed as the site for a child development center, to provide daycare for faculty, staff, and students, and to serve as a learning lab for students, as well as a place of student employment. A local daycare center, owned by FPC alums, was chosen to operate the center. Ultimately, plans for the child development center were put to rest (Pierce Arrow 03/05/1992).

In 1995, due to budget reasons, Serenity Hill no longer was offered as a living choice. The need for repairs was cited as a reason, as well as an engineering report that deemed the building structurally unsafe. As Serenity Hill housed only a few students and was expensive to maintain, a decision was made to shift the substance free program to the Hampshire Court condos (Pierce Arrow 05/04/1995). In fall 1995, students had mixed reactions to the move.

President Hagerty signed an order to destroy Serenity Hill on December 8, 1996 in a controlled burn by local fire departments. Fire departments from Rindge, Jaffrey and Franklin Pierce College oversaw the burning and used it for a training opportunity. The college had considered re-opening Serenity Hill for student housing, but renovation costs were prohibitive. The house did not meet fire codes, beams were rotten, and the porch, windows, and flooring were damaged (Pierce Arrow 11/29/1996).

The Serenity Hill fire was postponed until January 1997 because of a heavy snowstorm which left too much snow for the fire trucks to navigate close to the house. Approximately 60 firefighters attended and toured the building before the conflagration. A hose ran from the Franklin Pierce College water tower to the house and was close to bursting. Firefighters also enjoyed coffee and danishes during the event (Pierce Arrow 02/07/1997).